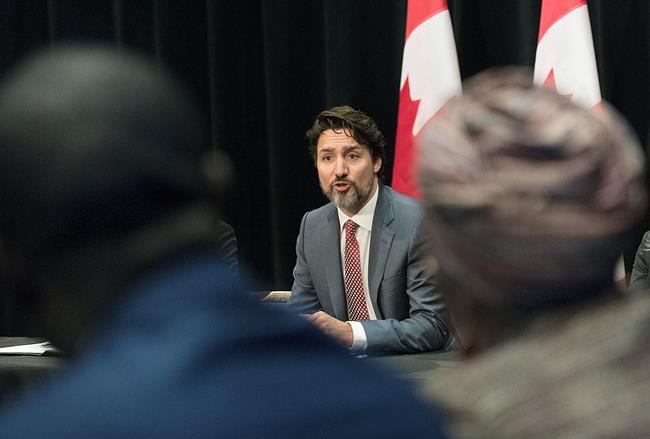 WASHINGTON — Climate activists in the United States are shaking their heads in disgust at the latest iteration of the U.S.-Mexico-Canada Agreement, which Prime Minister Justin Trudeau defended Friday as featuring some of the strongest environmental protections ever enshrined in a trade deal.

The version of the agreement negotiated by Democrats in the U.S. House of Representatives, endorsed earlier this week by President Donald Trump, is a "categorical climate failure, any way you slice it," said Ben Beachy, director of the Sierra Club's Living Economy program — a movement that aims to better align economic growth with environmental priorities.

"This deal will help corporations export more pollution and jobs, weaken climate policies and extract more fossil fuels. It's hard to see how that is an environmentally friendly deal."

Beachy's group was among several, including Greenpeace and the Natural Resources Defense Council, that lobbied House Democrats to insist on seven principal changes, including binding standards for climate emissions and clean air, water and land, honouring multilateral environmental agreements and more rigid enforcement standards and tools.

Trudeau, however, struck a very different tone Friday as he sang the deal's praises during an event in Montreal.

"I am incredibly proud of the updated USMCA, because it features the strongest environmental protections of any trade deal signed anywhere in the world," the prime minister said.

"It is something that Canada demanded, that we have stronger environmental protections. The U.S. Democrats pushed as well to improve the deal, and as we move forward with USMCA, we can now be comfortable that we are protecting the environment, as well as protecting so many jobs and families."

Amanda Maxwell, director of the Latin America Project for the NRDC, acknowledged the best efforts of the nine-member Democrat working group assembled by Speaker Nancy Pelosi to negotiate changes with the U.S. Trade Representative's office before Congress signed off on the ratification bill late last year.

They did their best, "considering they were facing a very obstinate and anti-environment administration," Maxwell said, but the bulk of the improvements they won were focused on improving labour laws and standards in Mexico, winning the support of politically powerful U.S. union leaders.

Now, the ball is in Canada's court.

"In earlier phases of the negotiations ... Canada was, early on, requesting that climate change be included in here," Maxwell said.

"If there was some way that the Canadian government could not do that, either through its own implementing legislation ... or signalling to the U.S. and Mexico that we would really like to add some piece of climate: 'If you really want this done, and this is a big legislative priority for the Trump administration, then we need to include climate.'"

Rep. Suzanne Bonamici, the Oregon Democrat who was specifically tasked by Pelosi with winning environmental concessions from the USTR, insisted earlier this week that she and her fellow Democrats did just that. She said the "critical improvements" included restoring mention of existing multilateral environmental agreements, improved monitoring and enforcement mechanisms and additional funding to pay for those changes.

The agreement as negotiated also includes an on-ramp for adding the Paris climate accord, "when we have an administration that believes in it," Bonamici said.

The Democrats also removed limits on proposed controls for damaging hydrofluorocarbon emissions, shifted the burden of proof to make it easier to prove environmental violations and established an inter-agency committee to keep tabs on the agreement's impact, she added.

But trade deals demand a more aggressive approach, Beachy said, because they encourage a "race to the bottom" where corporations seek out the locales with the lowest costs and fewest regulatory burdens.

Case in point: the recycling of car batteries was a major U.S. industry — and polluter — until stringent new lead-pollution standards were introduced in 2009. With NAFTA clearing away tariffs, the business promptly migrated to Mexico, where lead standards were decidedly more lax, leading to a dramatic increase in exports of toxic batteries and a spike in cases of lead pollution.

"Trade deals that fail to mention climate change actively encourage this by making it easier — cheaper — for corporations to move across borders without requiring equivalent climate and environmental standards on both sides of those borders," Beachy said.

"By failing to insert binding climate standards into a renegotiated NAFTA, you're making the problem worse."

This report by The Canadian Press was first published Jan. 31, 2020.