Federal IT systems at risk of ‘critical failure,’ Trudeau warned in memo 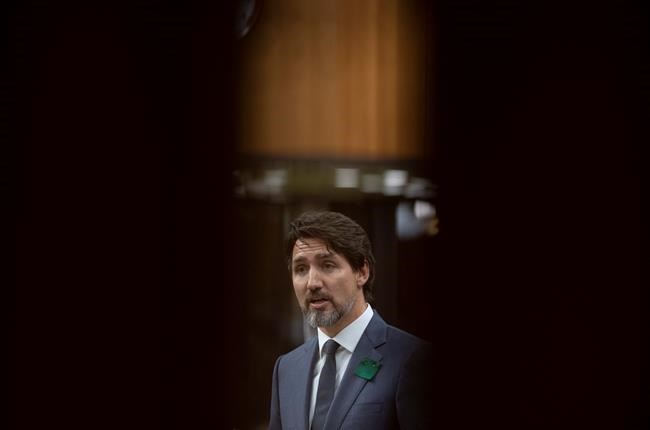 OTTAWA — Newly released briefing notes for Prime Minister Justin Trudeau describe the dire state of federal computer systems, which deliver billions in benefits and are on the precipice of collapse.

Officials briefing Trudeau after his party's re-election noted "mission-critical" systems and applications are "rusting out and at risk of failure," requiring immediate attention from his government.

Some systems are pushing 60 years old and built on "outdated technology" that can no longer be maintained.

The Canadian Press obtained the documents through the Access to Information Act, and much of the text has been blacked out because it is considered sensitive advice to government.

One of the few visible lines says the public service will be working on projects "to stabilize mission-critical systems."

The Liberals promised in the fall campaign to improve services for Canadians.

These back-office problems often require long-term spending commitments and improvements that aren't easily seen by voters, which means they aren't usually top-of-mind issues for politicians. But there has been a growing belief inside the government that how satisfied citizens are with digital services is linked to how much trust they place in their government.

"The complex array of existing programs and services means that future program changes, to continue providing Canadians with the programs and services they expect when interacting with their government, will need to account for pressures on legacy IT systems, which are facing rust-out and critical failure," part of the briefing binder says.

"These aging platforms neither meet the desired digital interaction nor are capable of full automation, and thus are unable to deliver cost-savings through back-office functions."

For example, the system that runs old age security is almost as old as those now reaching the age to benefit from it.

A separate document says upgrades are taking longer than planned because of procurement delays and the complexity of projects.

Funding pressures are coming in part from the requirement to maintain existing technologies longer than originally anticipated, the document says.

Often, officials didn't look to upgrade these old systems so long as they continued to work, said Andre Leduc, vice-president of government relations and policy with the Information Technology Association of Canada. He said the majority of departmental IT budgets are used to keep old systems running, leaving little spending room to deploy new technology like cloud computing.

"It's not that they're hitting the panic button. There is no panic yet," Leduc said.

"There is a lot of concern, both within the bureaucracy, within the political layer, and within industry about we need to get this ball rolling. We need to help government digitally transform."

Leduc said it won't be an easy fix because of the money required, and getting the government to move ahead with major IT work after getting burned on high-profile projects. The most glaring example is the Phoenix pay system that has left public servants overpaid, underpaid or not paid at all.

This report by The Canadian Press was first published Feb. 1, 2020.