Most Canadian households will get more than they pay from carbon tax: PBO 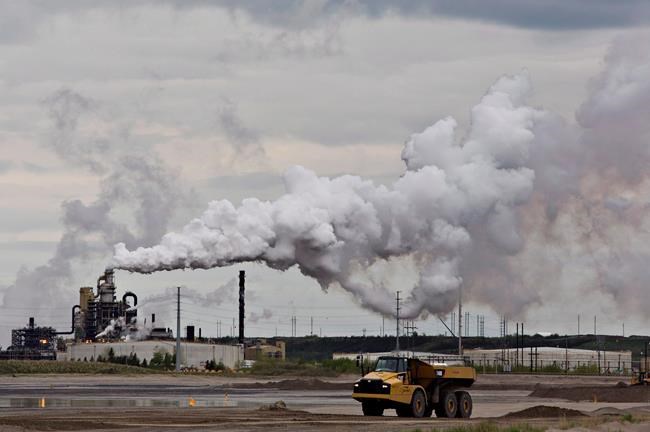 OTTAWA — A new analysis by Parliament's budget watchdog has found that most households in provinces where the federal carbon tax applies will receive more money back in rebates than they will pay through the scheme — just not as much as projected last year.

"However, once the provincial and federal sales taxes on carbon pricing are accounted for, these amounts will be lower on a net basis when compared with the analysis in our previous report."

The finding, which comes nearly four months after the majority of Canadian voters cast their ballots for parties that favoured some form of carbon tax, appears to bolster the Liberal government's argument that Canadians will not be negatively affected by the tax.

Ottawa implemented a fuel surcharge last year of $20 per tonne of emissions on five provinces — Alberta, Saskatchewan, Manitoba, Ontario and New Brunswick — that did not have carbon-pricing schemes of their own. New Brunswick has since implemented its own tax.

The federal government has written into law that 90 per cent of the revenues collected from the fuel charge will be returned to individual households in the provinces where the revenues were raised.

in a report last April, the PBO estimated the carbon-tax costs and rebates for households in Saskatchewan, Manitoba, Ontario and New Brunswick, and found the majority would come out ahead. Alberta was excluded because the federal tax was imposed later on.

It latest report adopted the same approach, and while the findings were similar, Giroux said the net gain for most households was lower because of the impact of provincial and federal sales taxes.

"Most households will receive higher transfers than amounts paid in fuel charges," according to Giroux's report.

"However, by now accounting for the carbon cost embedded in the provincial and federal sales taxes, fewer households will be categorized as better off, on a net basis, in comparison with the analysis in the previous report."

While the federal government has said the carbon tax will be revenue neutral, the PBO found it will raise about $100 million this fiscal year in additional GST because of the added cost on products, a figure that will triple by 2022-23 as the price of carbon rises to $50 per tonne.

Large and higher-income households were also expected to actually pay a cost, as the rebate did not keep up with their consumption. Part of the reason is wealthier Canadians tend to own bigger homes, own bigger cars and drive more often. But the rebate also tails off as households have more children.

This report by The Canadian Press was first published Feb. 4, 2020.