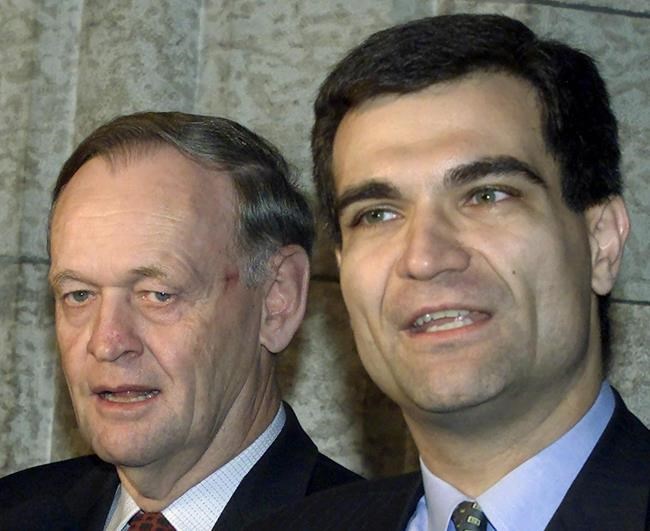 Ethics commissioner Mario Dion says in a report that Peschisolido "chronically" failed to disclose his private interests, as required by the code.

But, since Peschisolido lost his British Columbia seat in last fall's election, he's no longer subject to the rules governing the conduct of MPs.

Dion says Peschisolido failed to disclose a shareholder's loan and a personal guarantee of debt, both worth "well in excess of $10,000." He also did not disclose a change in his marital status or a change in the status of his law corporation.

"Given Mr. Peschisolido's chronic failure to comply with the code's disclosure requirements, there is no doubt in my mind I would have recommended that Parliament impose appropriate sanctions," Dion writes.

According to Dion, Peschisolido told him focusing on his role as an MP had led him to neglect matters involving his law corporation, which in turn resulted in his failure to make full disclosures.

"This prompts me to emphasize how meeting all obligations under the code, including those relating to disclosure, is in fact an integral part of a member's role," Dion writes, noting that disclosure "is essential to helping prevent conflicts between public and private interests."