Trans Mountain clears Horgan’s hurdles. Now he faces his own 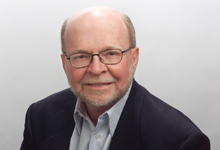 Major religions urge us not to wallow in revenge. The Almighty, I hope, will grant an exemption for frustrations over the Trans Mountain pipeline.

It is vengeful fun, frankly, to watch B.C. Premier John Horgan pleading for “the rule of law” as he faces opposition to his own natural gas pipeline, just as the pipeline he tried to block finally escapes his efforts to undermine the rule of law.

Ever since this NDP premier was elected in 2017, he’s been hell-bent to kill Trans Mountain. It was actually a campaign promise.

Now, the hurdles he erected and encouraged are