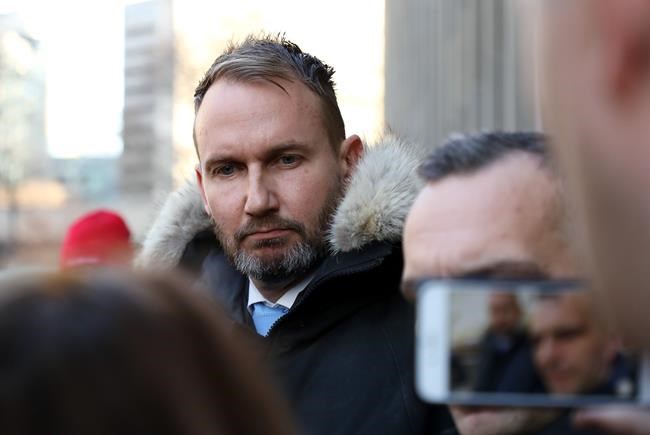 TORONTO — A former bar owner and his manager were sentenced on Wednesday to a total of nine years each for the hours-long drugging and sexual assault of a barely conscious woman in 2016.

In passing sentence on Gavin MacMillan, 44, and Enzo De Jesus Carrasco, 34, the judge rejected the defence notion that the helpless 24-year-old victim had played any willing role in the vicious attack.

"This was a prolonged, violent and degrading sexual assault," Superior Court Justice Michael Dambrot said. "She was not consenting and the accused could not have imagined that she was."

Dambrot called defence submissions that the unconscious woman somehow awoke during the assault by the two men and took over as "director" of the activity "entirely incredible." The attack, court heard, had been caught on videotape that was deliberately set up to capture such incidents.

The prosecution, which had lambasted the offenders for their "disturbing misogyny," had called for a 12-year sentence for each of the men, who ran the College Street Bar in downtown Toronto. The defence had asked for a maximum of two years for each.

In the end, Dambrot settled on seven years for the gang sexual assault, and a further two years — to be served consecutively — for administering a stupefying drug to their hapless victim.

The woman's mother, who had previously provided a searing victim-impact statement to the court, said justice had been done.

"All we wanted is, for once, victims to be able to come forward and speak up, and not to be put through the hell that they have been," the mother, who cannot be identified, said in a brief interview. "Both her dad and I are so proud of her that she did this."

Her daughter, she said, now just wants to get on with her life.

The judge, who said he would provide full written reasons for his sentencing decision at a later date, called it wholly unreasonable to believe the woman had played any kind of willing part in the attack, which occurred both on the bar's main level and in the basement. The assault, he said, was callous to an incomprehensible degree.

From the outset, Dambrot said, the victim was significantly and visibly impaired, stumbling and crashing into tables. She was either asleep or unconscious throughout, only stirring when the men plied her with cocaine, he said. It was absurd, he said, to believe she was pretending to be unconscious, as the defence argued, and the men knew that.

"She's dead, dead, dead," Carrasco was cited as telling MacMillan at one point, the judge noted.

An 11-person jury had convicted the men of the two charges in November. They could not reach a decision on a further charge of forcible confinement, something the judge said had no bearing on their other guilty findings.

Both men, he said, were equally culpable in a crime that might have been opportunistic at the outset, but quickly became "orchestrated and chillingly deliberate."

CAUTION: Note details that follow may be disturbing to some readers.

The men penetrated their victim both orally and vaginally, sometimes at the same time, the judge said.

Dambrot gave varying amounts of credit to the two offenders for time served. MacMillan, led away in handcuffs after being sentenced, had been on bail. Carrasco had been in custody.

This report by The Canadian Press was first published Feb. 12, 2020.