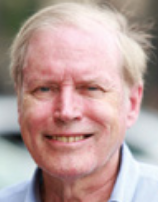 With John Baird standing down, that makes four first-tier candidates who’ve taken their names out of consideration before even entering the Conservative leadership race.

“I’m incredibly grateful for all the support that Conservatives from across this great country have offered in the last few weeks,” Baird began in a three-part Twitter post Thursday evening, going on to say he was also “incredibly happy” with life after politics and “enjoying my work,” concluding he wanted “to provide some clarity that I will not be standing for the leadership” of the Conservative Party.

And make no mistake, Baird would have been right there with Peter MacKay and MP Erin O’Toole leading a pack of also-rans and wanna-bes bidding for the Conservative crown, a race in which names must be entered by the end of this month.

Instead, he has joined Jean Charest, Rona Ambrose and Pierre Poilievre who announced on three consecutive days last mont