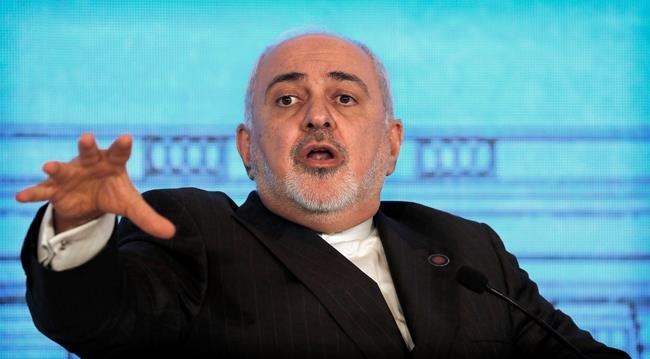 MUNICH — Foreign Affairs Minister Francois-Philippe Champagne says he and his counterparts from countries that lost citizens in last month's Ukrainian jetliner crash pressed Iran for compensation today at a meeting in Germany.

The ministers met with Iranian Foreign Minister Mohammad Javad Zarif at the Munich Security Conference, and Champagne told a news conference afterward that they made it clear to Zarif what Iran must do.

"We pressed Iran on the need for swift compensation to be provided to families of the victims in accordance with international standards," he said.

"We will judge Iran by its actions, not by its words, and we will continue to work tirelessly on behalf of the victims of this tragedy until justice is rendered for all."

Champagne added that "the compensation should be equal for everyone," and that the process "should start as soon as possible."

Canada and its allies are also pushing Iran to release the black boxes from the crash so the data can be properly analysed by facilities in France.

Champagne had said earlier that the decision to invite Zarif to the gathering was made after consulting the foreign ministers from Britain, Sweden, Afghanistan and Ukraine, all of whom are attending the Munich conference.

Those countries all lost citizens five weeks ago when Iran's military fired two missiles at a Ukrainian jetliner, killing all 176 people on board, including 57 Canadians.

Champagne said the ministers wanted to hear an update from Iran on requests to allow access to the black boxes, as well as the latest developments on the investigation.

He said he believed progress was made at a meeting with Zarif on Friday in persuading Iran to relinquish the black boxes. The talks highlighted that Iran has yet to analyse the contents of the flight data and cockpit voice recorders, saying it was proof they can't do it alone.

"I think we had a productive discussion," Champagne said Friday.

Prime Minister Justin Trudeau joined the meeting between Champagne and Zarif because he said it would help put more pressure on Iran to admit it doesn't have the equipment to analyse the boxes.

"I made a promise to families in Canada to do everything I could to make sure that they get answers, that we have a full and complete investigation, that we understand exactly what happened," Trudeau told reporters on Friday.

Canada convened the first meeting of the International Co-ordination and Response Group for the victims of flight PS752 last month in London, pushing for a transparent investigation of the crash and for eventual compensation.

This report by The Canadian Press was first published Feb. 15, 2020.