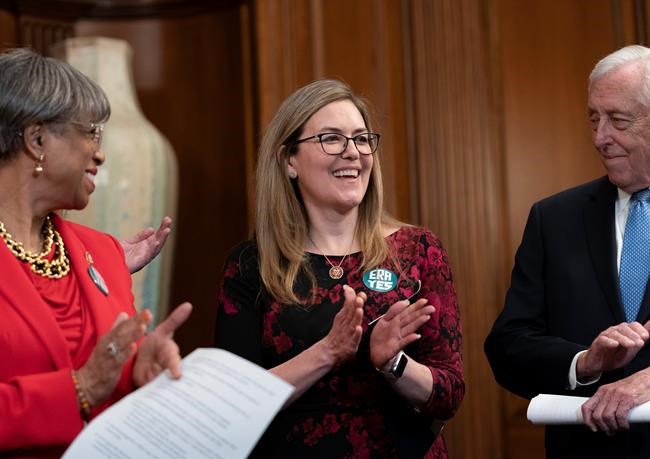 NASHVILLE — Five Republican attorneys general are seeking to block an effort by three Democratic-led states to see the Equal Rights Amendment is adopted into the U.S. Constitution.

Legal chiefs in five states — Tennessee, Alabama, Louisiana, Nebraska and South Dakota — filed a motion on Thursday to intervene in a lawsuit filed by Virginia, Nevada and Illinois. All five rescinded their approvals of the ERA amendment before a congressionally mandated ratification deadline more than 40 years ago, Tennessee Attorney General Herbert Slatery said Thursday.

“Tennessee has an interest in ensuring that its vote to reject the ERA is given effect,” Slatery said.

Virginia recently became the 38th state to ratify the measure designed to guarantee women the same legal rights men enjoy. “Equality of rights under the law shall not be denied or abridged by the United States or by any State on account of sex,” it says.

amendments must be ratified by three-quarters of the 50 states, or 38. But the ERA’s future is uncertain, in part because the ratification deadline set by Congress expired so long ago.

Enforcing that rule fell to the archivist of the United States, David Ferriero, who announced that he would “take no action to certify the adoption of the Equal Rights Amendment.” The three Democratic attorneys general sued Ferriero, arguing that the deadline, first set for 1979 and later extended to 1982, is not binding

“The Equal Rights Amendment is valid as the 28th Amendment to the Constitution, and it is disappointing and frankly unfathomable that any state would take action to block equal rights for women," said Virginia Attorney General Mark Herring in a statement.

Herring added the Democratic states “will continue working with our partners to ensure that all women have the equality to which they are entitled.”