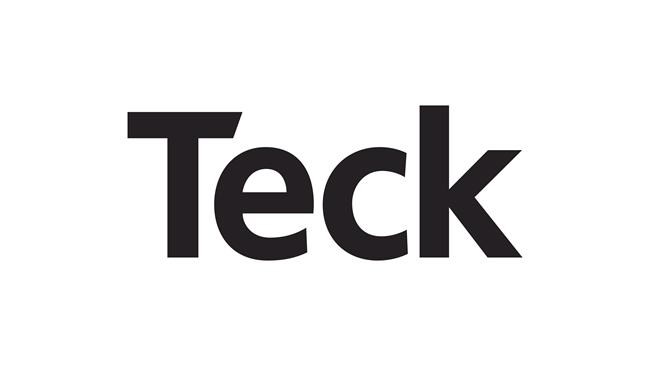 VANCOUVER — Teck Resources Ltd. has withdrawn its application for a massive oilsands mining project just days ahead of an expected government decision, citing the political discourse over climate change.

The Vancouver-based company said it will take a $1.13-billion writedown on the Frontier project in Alberta, which was expected to create an estimated 7,000 construction jobs, 2,500 operating jobs and about $12 billion in federal income and capital taxes, but was also expected to produce about four million tonnes of greenhouse gas emissions per year over 40 years.

In a letter to the federal environment minister, Teck CEO and President Don Lindsay says investors and customers increasingly want jurisdictions to have a framework in place that reconciles resource development and climate change.

"This does not yet exist here today and, unfortunately, the growing debate around this issue has placed Frontier and our company squarely at the nexus of much broader issues that need to be resolved," Lindsay wrote. "In that context, it is now evident that there is no constructive path forward for the project."

He said Teck is not "merely shying away from controversy" and stands ready to face opposition from a vocal minority.

"Frontier, however, has surfaced a broader debate over climate change and Canada's role in addressing it. It is our hope that withdrawing from the process will allow Canadians to shift to a larger and more positive discussion about the path forward," he wrote.

"Ultimately, that should take place without a looming regulatory deadline."

Fourteen First Nations and Metis communities signed participation agreements with the company on the mine, and the project was awaiting approval from Prime Minister Justin Trudeau's government, which had been expected by the end of the month.

In a joint statement, Natural Resources Minister Seamus O'Regan and Environment Minister Jonathan Wilkinson said Sunday night they had been informed by Teck that it was withdrawing its application for the mine.

"As a result, Cabinet will no longer be making a decision on this project," they said.

Cabinet was expected to discuss the project at its meeting on Tuesday. It had until the end of the week to make a decision, though it could have decided to push that deadline back.

Wilkinson has been signalling for weeks that cabinet's discussion would include the fact that Alberta has not set specific greenhouse gas emissions reductions targets, and in recent days specifically asked the Alberta government to enforce its cap on emissions from the oilsands.

"It is what happens when governments lack the courage to defend the interests of Canadians in the face of a militant minority," the premier said. "The timing of the decision is not a coincidence."

He pointed to blockades in opposition to RCMP presence on Wet'suwet'en territory, where hereditary chiefs oppose a natural-gas pipeline project. Those barricades have paralyzed rail traffic across swaths of Canada for upwards of two weeks.

"Teck's predicament shows that even when a company spends more than $1 billion over a decade to satisfy every regulatory requirement, a regulatory process that values politics over evidence and the erosion of the rule of law will be fatal to investor confidence," Kenney said.

In their statement Sunday, Wilkinson and O'Regan said they appreciate the decision Teck made was a difficult one and appeared to keep the door open to rejuvenate this project or others in the future.

"Important parts of Canada's economy have been built on our natural resource sector and the workers across the country who have powered it for generations. Our government is committed to developing our natural resources sustainably and to creating good, middle class jobs. A strong economy and clean environment must go hand in hand."

They also praised how Teck went about engaging with Indigenous communities during the project development and review period.

"Their model should be an example for all proponents of future projects," they said.

News of the cancellation shocked Athabasca Chipewyan Chief Allan Adam, whose community was one of the 14 to sign agreements with Teck. The First Nation had also just struck a deal with the province to ensure the development would protect the environment and Indigenous culture.

"That's very astonishing news because we worked hard to get to what we wanted to get," he said. "I don't even feel like eating after that news."

But Frontier was not without its detractors.

On Friday, Canadian author Alice Munro, biologist Jack W. Szostak and 40 other Nobel Prize winners from around the world wrote an open letter to Trudeau and Deputy Prime Minister Chrystia Freeland urging them to deny the plan and all expansions of the fossil-fuel sector.

"The mere fact that they warrant debate in Canada should be seen as a disgrace," reads the letter, which appeared on the Guardian's website. "They are wholly incompatible with your government's recent commitment to net-zero greenhouse-gas emissions by 2050."

This report by The Canadian Press was first published Feb. 23, 2020.