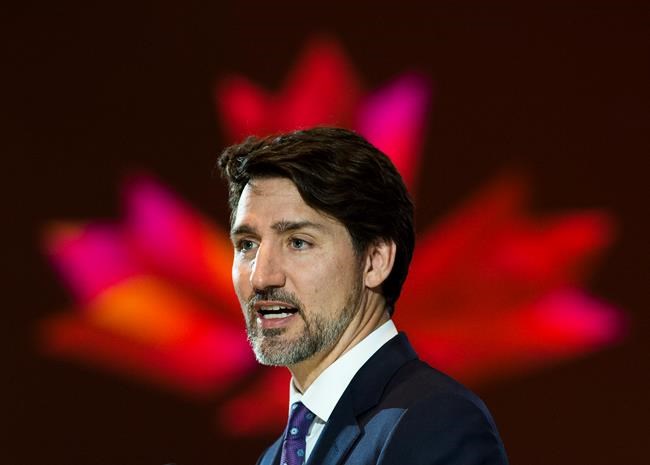 Speaking at a major mining conference in Toronto, Trudeau says the government will soon launch a formal initiative to see input from a range of groups on how Canada will get to the goal of net-zero carbon emissions by 2050.

"In the coming year, we want to hear from you on how Canada should innovate and transform our economy to keep good jobs here and create new ones," said Trudeau.

He says a clear way forward is crucial for both the planet and for business to provide certainty and adapt to the changing reality.

Taking carbon pollution out of the environment, and the economy, will be crucial for Canada's prosperity, he said.

"This is a big project, and not one any of us can do on our own. We all need to roll up our sleeves and pitch in. Government, businesses, civil society, Indigenous communities, and all Canadians. The only way we create a better future is if we do it together."

Trudeau said he hopes that one day soon Canada can reach the same consensus about climate change action as the country has on free trade, which was once also deeply divisive.

The shift is needed as the economy and the money that backs it moves increasingly towards strong action. Trudeau pointed to a January letter by Larry Fink, CEO of BlackRock Inc., which is one of the world's largest asset managers, that called climate change a structural, long-term crisis that will force a significant reallocation of capital.

Trudeau's speech comes a week after Teck Resources shelved its $20-billion Frontier oilsands project, citing the need for more clarity on climate and environmental policies before the company could move forward on such a project.

There also continues to be disputes on the future of a natural gas pipeline through Wet'suwet'en traditional territory in British Columbia and debates on several other resource projects.

Trudeau says Canada as a whole needs to find common ground on how to move forward in the interest of both the environment and the economy.

This report by The Canadian Press was first published March. 2, 2020.