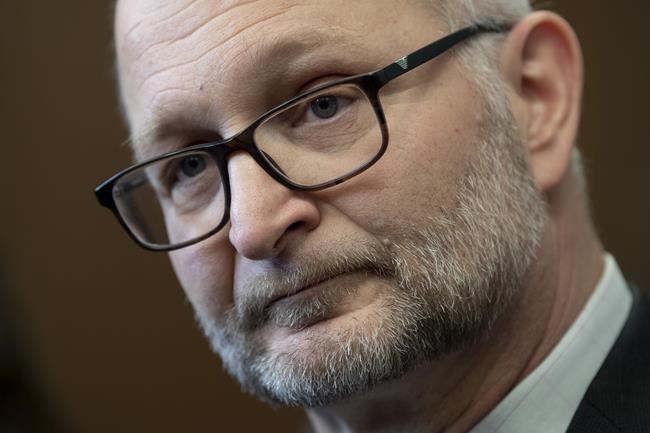 OTTAWA — The federal government has introduced legislation that would impose a blanket ban on causing a child to undergo therapy aimed at altering their sexual orientation or gender identity.

The bill would also make it a criminal offence to cause an adult to undergo so-called conversion therapy against their will. It would not prevent a consenting adult from voluntarily undergoing the therapy, however.

"Conversion therapy is premised on a lie, that being homosexual, lesbian, bisexual or trans is wrong and in need of fixing," Justice Minister David Lametti said Monday moments after tabling the bill in the House of Commons.

"Not only is that false, it sends a demeaning and a degrading message that undermines the dignity of individuals and the LGBTQ2 community as a whole."

The new offences would not apply to those who provide support to individuals questioning their sexual orientation or gender identity, such as parents, friends, teachers, doctors, mental health professionals, school or pastoral counsellors and faith leaders.

"There is a difference between asking someone who they are and telling someone that who they are is wrong and in need of fixing," Lametti said, adding that those who engage in "open-ended," supportive discussions with an individual exploring their sexual orientation or gender identity have nothing to fear.

"This does not create a wedge between parents and their children."

The Liberal government argues that conversion therapy is a cruel practice that can lead to lifelong trauma, aimed at changing someone into a heterosexual person, to repress non-heterosexual attraction and sexual behaviours or to make their gender identity match the sex assigned at birth.

The Canadian Psychological Association says there is no scientific evidence that it works but plenty of evidence that it causes harm to LGBTQ individuals, including anxiety, depression, negative self-image, feelings of personal failure, difficulty sustaining relationships and sexual dysfunction.

This report by The Canadian Press was first published March 9, 2020.