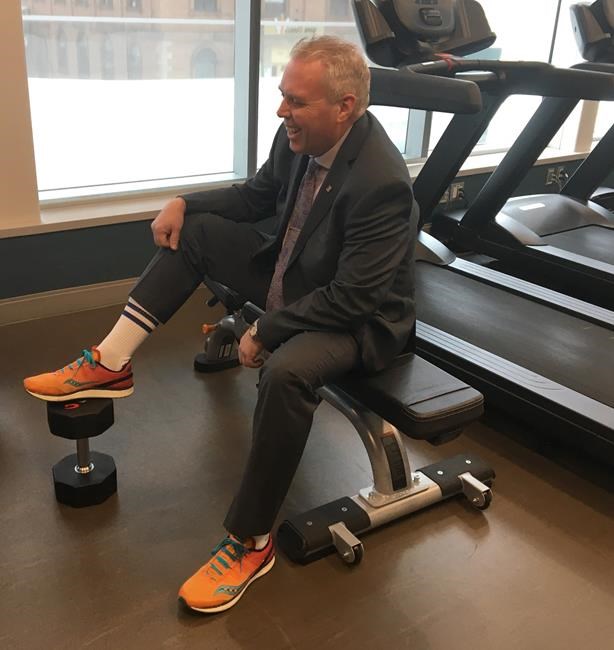 FREDERICTON — The New Brunswick government tables its 2020-2021 provincial budget today, but the focus for most people will be more on the politics than the finances.

"The Higgs government will stand or fall on it, and it all depends on whether they can get the support of the third parties," said Donald Wright, a political scientist at the University of New Brunswick.

The minority Progressive Conservative government of Premier Blaine Higgs has been under fire since introducing proposed health reforms that included the nighttime closing of emergency rooms in six community hospitals.

The government put the reforms on hold following a public and political backlash, but the Opposition Liberals are using the issue as a reason to try to topple the government.

"The only responsible position for a leader of an Opposition party is to defeat this government at the earliest opportunity. I believe it is time for citizens to decide — it is time for an election in New Brunswick," Liberal Leader Kevin Vickers tweeted Monday.

The vote on any budget bill is considered a confidence vote. The current standings in the provincial legislature are 20 Tories, 20 Liberals, three Greens, three People's Alliance members, one Independent and two vacancies.

The Independent is former Tory deputy premier Robert Gauvin, who quit the caucus over the health-care dispute.

Liberal Daniel Guitard sits as Speaker of the legislature, but Vickers has suggested he could be recalled from that role in order to give the party the votes it needs to topple the government.

There have also been questions about how Saint John Liberal Gerry Lowe will vote. Lowe has suggested he wants funding for a school in his riding, and is considering a return to municipal politics.

Wright calls Lowe a "loose fish ... meaning he could flip or flop, depending on what is in the budget."

Green Leader David Coon said he would be discussing the budget with his caucus Monday evening and Tuesday morning, and would not say yet how he plans to vote.

Wright said neither Coon nor People's Alliance Leader Kris Austin want a provincial election, but he was surprised the Liberals are pushing for one.

He said Vickers "played his cards even before the hand was dealt."

"I was surprised at how quick out of the gate Kevin Vickers was to say he would vote against the budget when he hadn't event see it. You would think they would try to work with the government, but not this leader," Wright said.

He said that could backfire on the Liberals, depending on the content of the budget.

Finance Minister Ernie Steeves said Monday the budget does hit the government's target of $125 million in surplus to apply to the net debt.

He insisted it's not an "election budget."

The vote on the budget is expected March 20.