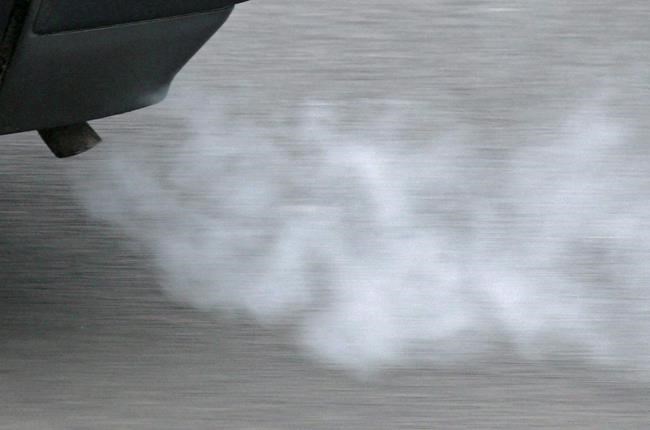 Research suggests cars and other gasoline-powered vehicles are responsible for a share of two highly toxic contaminants in downtown city air that's at least five times larger than previously thought.

Environment Canada scientists used a computer model that allowed them to make much smaller and more local assessments of where chemicals in the atmosphere come from. They looked at polycyclic aromatic hydrocarbons (PAHs) and benzene — both known carcinogens — in the skies around Toronto.

"We used this model to determine what the contributions are from vehicles," said Elisabeth Galarneau, one of the co-authors of the paper, published in the journal Atmospheric Chemistry and Physics.

Few previous studies of those chemicals in urban airsheds exist, she said. Most have focused on smog-causing pollutants such as fine particles or ozone.

What research has been done on PAHs and benzene depends on broad national averages, which have held that most of those substances originate from agricultural burning, wood smoke and industrial sources such as aluminum smelters.

Maybe that's so in the country, Galarneau said. But not in cities.

"When we used this approach, and used it in a city, up to 50 per cent of the PAHs in the air in the (Greater Toronto Area) can be attributed to motor vehicles," she said. "Contributions as high as 90 per cent can be found at other locations."

Previous estimates held that less than 10 per cent of those emissions came from vehicle exhaust.

Galarneau said one reason for the gap is that the new method is much more geographically specific.

"A national average ranking won't necessarily represent every area of the country because communities can be so different from each other."

As well, the computer model takes into account complex reactions and changes that occur to exhaust chemicals once they hit the atmosphere. Previous calculations didn't.

Although study was done in the Toronto area, the findings are likely to be applicable to any large urban area, Galarneau said.

Benzene is classified "very toxic" by the Canadian Centre for Occupational Health and Safety. It's known to cause blood cancer and blood disorders such as anemia and has been associated with other cancers.

The U.S. Environmental Protection Agency says PAHs also cause cancer from both inhalation and skin exposure. They have been shown to harm pregnancy in mice.

Galarneau said both contaminants are routinely higher than recommended levels in the Toronto study area.

"Benzene and PAH concentrations that are observed there are higher than the ambient air quality standards that have been set by the province to protect human health. They are consistently higher."

Galarneau said the findings suggest a move to zero-emission vehicles may have more benefits than helping Canada achieve its greenhouse gas reductions.

"Our research question allows us to look at the kinds of benefits that might be gained by shifting to zero-emissions vehicles or green transportation strategies that encourage walking or cycling — anything that's turning off that exhaust emissions source," she said.

"Our work shows that those strategies, even though they may be aimed at climate change, also have important co-benefits when it comes to toxic air pollutants."

This report by The Canadian Press was first published March 11, 2020