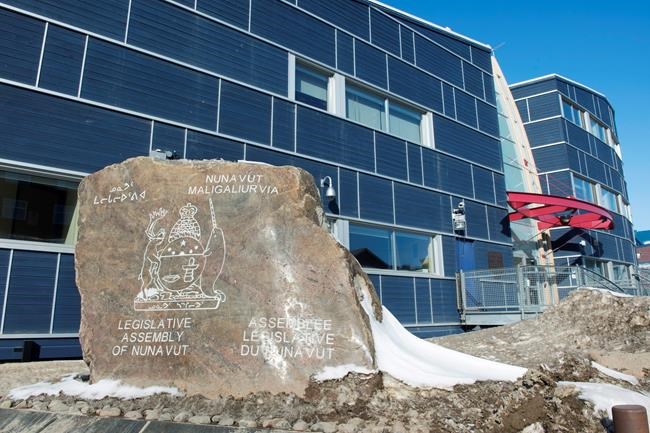 Arctic governments are bracing for the potential impact of the novel coronavirus in far-flung, isolated communities with often overcrowded homes.

"The (Northwest Territories) recognizes the limited health system capacity in high Arctic and rural communities to respond to a COVID-19 outbreak," said Umesh Sutendra, spokesman for the territory's Health Department.

No cases of COVID-19 have been confirmed in Nunavut, the N.W.T. or Yukon. Officials in all three territories say they're preparing adequate supplies of protective equipment and ensuring they have access to southern lab facilities for testing.

"I'm sure at some point we will have a confirmed case," said Dr. Brendan Hanley, Yukon's chief medical officer of health.

The stakes are high, said Andre Corriveau, former chief medical officer of health in both the N.W.T. and Alberta. Living conditions in many northern communities, with people living in close contact with each other in overcrowded houses, are conducive to the spread of infection.

"Once it arrives in a community, it spreads really fast," he said.

"There's not much you can do. If four people are sharing a bedroom, it would be hard to say the person who is sick should stay by themselves in the bedroom and everybody else live somewhere else."

Inuit Tapiriit Kanatami, a non-profit organization that represents over 60,000 Inuit, is calling for special consideration for Inuit people.

It says Inuit are a high-risk group in general for respiratory infections, including tuberculosis.

"Long-standing social and economic inequities mean that Inuit communities could be disproportionately affected by COVID-19 and should be a priority for allocation of resources," it said in a release.

Nunavut has a shortfall of more than 3,000 homes. The territory already has high rates of infections for illnesses like RSV — a respiratory disease that affects infants — and tuberculosis.

"You do the best you can," said Dr. Michael Patterson, Nunavut's chief public health officer.

He said the territory could remove someone from an overcrowded home and isolate them in a clinical environment.

The head of Nunavut's land claim organization has already expressed such concerns to the federal government.

"The introduction of the virus to Nunavut communities would have serious consequences given the crowded housing condition, food insecurity, frequent shortages of health-care workers, inadequate health-care infrastructure and low social determinants of health in Nunavut," said Aluki Kotierk of Nunavut Tunngavik Inc.

Corriveau said the isolation of northern communities works both for and against their public health.

Communities depend entirely on the south for most health services, which means delays of up to six days for test results. It also could mean northern communities could find it tough to staff health-care positions, or overwork the ones they have.

"If there's only one public health nurse ... when it hits, there's not a lot of flex capacity to ramp up," Corriveau said.

On the other hand, distance between the communities means the virus probably wouldn't appear everywhere at once.

"You can have some ability to provide support to one community at a time."

Since almost all travel is by air, officials could screen people travelling between communities.

The N.W.T. has already asked people to reduce travel. It's recommending elders or those with weakened immune systems stay at home and avoid contact with anyone who's been to a community with COVID-19 cases.

Alternate housing in hotels or vacant government accommodation is available in some communities if some people need to be isolated.

"We've done this in the communities," he said. "This is something we well know how to manage."

This report by The Canadian Press was first published March 12, 2020