Governments threaten fines, arrest, if orders to distance and isolate not followed 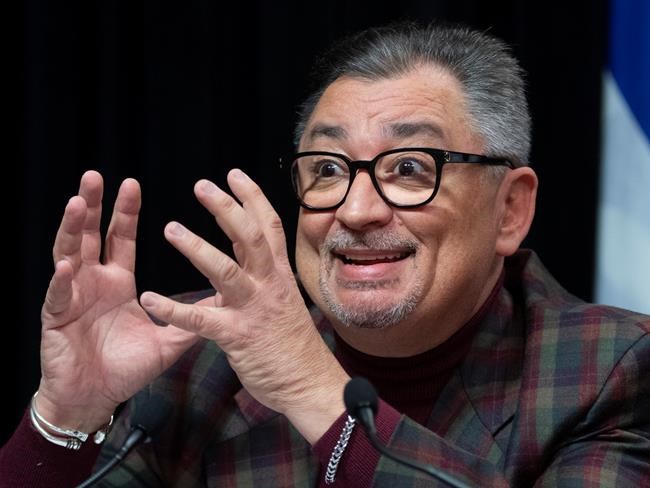 MONTREAL — After a week of strong urging from governments that people should keep apart to prevent the spread of COVID-19, provincial leaders — and their police forces — have stopped asking politely.

On Friday, provincial police in Ontario warned that people will face fines for violating orders to close certain businesses and to limit gatherings. Saskatchewan Premier Scott Moe suggested citizens who know of anyone not self-isolating after returning from international travel should call police.

In Quebec City, police arrested a woman Friday who was infected with the virus and who was walking around outside after being mandated to stay indoors. The arrest was the first time Quebec City's public health director issued an order to police under emergency powers granted after Premier Francois Legault declared a public health emergency March 14.

Dr. Horacio Arruda, the province's chief medical officer, told reporters Saturday that regional health directors across the province "will have no problem" ordering police to make arrests and ensure people carrying the virus are isolated.

"Starting now, it's clear that we will restrict people who aren't respecting the orders," Arruda said. "Especially if they have already been advised, contacted, and we have information that they are walking around.

"It's a question of respect. The rights of individuals stop when the impact of the community is very high."

Mathieu Boivin, spokesman for Quebec City's regional health authority, wouldn't give details on Friday's arrest or how the agency learned the woman carrying COVID-19 had violated a quarantine order.

Quebec medical authorities say they give clear directives to people who test positive for COVID-19. If medical officers get the sense an infected person might not obey an isolation order, the patient is monitored more closely.

In an interview Saturday, Boivin said regarding the prior day's arrest: "When it became obvious we had to act, we acted."

On Friday, Quebec City's regional health authority said in a statement that police would maintain surveillance for a time "to ensure the person respects the isolation order." If she tries to leave, they said, she will be arrested and brought to a "secure location for her and for the population, where public health officials can ensure health orders are respected."

"When people are playing loose and hard with the rules like this it does actually put our civil liberties at jeopardy," Hajdu said. "It makes governments have to look at more and more stringent measures to actually contain people in their own homes.

"Politicians and governments will be pushed to a place to take more and stringent measures when people violate them and don't take this seriously. So I would encourage Canadians to think about that and to think about their obligation to act collectively right now."

Alberta's deputy chief medical officer of health told a news conference Saturday that a plan will be rolled out there in the next week to allow public health inspectors to monitor large groups and businesses, including restaurants, to deal with people who "might not be following the recommendations."

Dr. Marcia Johnson said she didn't want to give details of the plan, but said she believed it could give police, through fines, the ability to deal with such people.

"There are some, unfortunately, that don't always go along with the restrictions. To make as much cohesion in society as we can, it is nice to have a mechanism to nudge the reluctant people more towards helping keep our communities safe," Johnson said.

In Ontario the provincial police issued a notice Friday warning people that they could face fines of $750 if they defy the "expert advice provided by the chief medical officer of health to close certain businesses and institutions and limit gatherings to 50 people or less." Corporations defying orders can face a fine of $500,000.

In Saskatchewan, people not following isolation orders can also face fines or arrest. Premier Moe said anyone returning from outside the country must self-isolate for 14 days and he signed an emergency order authorizing police to enforce the measure.

"This doesn't mean that you go to the grocery store or go to the drug store or go fill up with gas and then you go home and self-isolate," Moe said Friday. "This means you go home. And you stay home now.

"If you don't do this, you're now breaking the law."

This report by The Canadian Press was first published March 21, 2020.