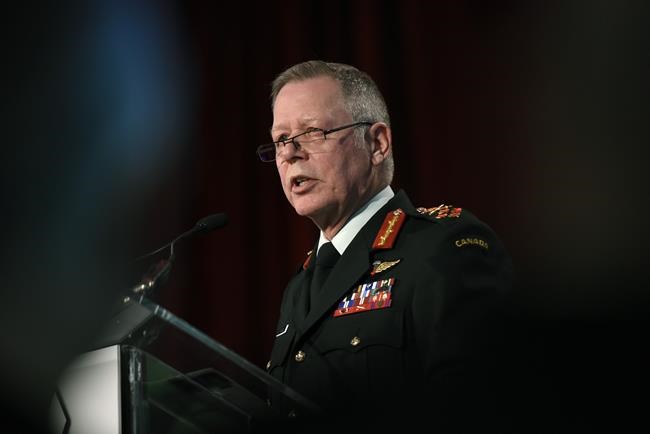 OTTAWA — The Canadian Armed Forces plans to withdraw the 200 troops it currently has in Ukraine and replace them with a skeleton force next month to hold the fort until the COVID-19 pandemic has passed.

That means the soldiers will be returning to Canada as scheduled, though there was no immediate word on what quarantine restrictions the returning troops will be under, including whether they will be allowed to stay in their homes or barracks.

The soldiers arrived in Ukraine in October and are the latest Canadian contingent to take part in what is now a five-year mission to train Ukrainian soldiers.

The training mission was launched in 2015 after Russia annexed the Crimean peninsula and started to support separatist forces in Ukraine's eastern Donbass region in a war that has killed more than 10,000 people and left tens of thousands more wounded or homeless.

Military commanders had been weighing their options in recent days over what to do with the mission, dubbed Operation Unifier, amid strict orders against non-essential travel and activities to protect the Armed Forces from COVID-19.

"In light of the current COVID-19 pandemic situation both at home and abroad, and the suspension of non-critical activities on our deployed operations, the decision has been made to reduce the number of personnel departing in early April on Op Unifier," Capt. Alexia Croizer of the Canadian Joint Operations Command said in an email on Thursday.

"Where approximately 200 CAF members were scheduled to deploy, approximately 60 members will now relieve the current rotation of personnel expected back in Canada at the end of April following the completion of their six-month deployment."

With training efforts suspended due to COVID-19, the replacement force is expected to largely hunker down to ride out the pandemic while maintaining the Canadian military's presence in the country.

The other 140 military personnel who were scheduled to deploy to Ukraine will remain on high alert back home in case they are needed on short notice, Croizer said. Commanders will reassess in June whether they should join their comrades or not.

"Every measure will be taken to ensure the health and safety of our deploying personnel to Ukraine, as we are currently doing so with our deployed (Canadian Armed Forces) members under Op Unifier," Croizer added.

Defence chief Gen. Jonathan Vance this month ordered a halt to all non-essential military movement and activities to protect the force from COVID-19 while those involved in the training mission — like most Canadian troops deployed overseas — are on lockdown due to the pandemic.

The military’s "operational pause" was expected to last only three weeks, but in a letter to military personnel last week, Vance said Forces members must "face the reality" that it may last longer to prevent the spread of the novel coronavirus and the respiratory illness it causes.

Ukrainian public health officials reported 156 confirmed cases of COVID-19 in the country as of Tuesday, with five deaths. There were two confirmed cases in the western city of Lviv, near where some of Canadian troops are based.

Andriy Shevchenko, the Ukrainian ambassador to Canada, emphasized the importance of the training mission in an interview earlier this week, noting the war in the Donbass region continues to rage nearly six years after it started.

Ukrainian and Canadian military officials are looking at ways to resume the training mission while preventing the virus from spreading, he added.

Concerns about the potential spread of COVID-19 among military personnel were underscored this week when the U.S. Navy reported the respiratory illness has infected members of the nuclear-powered aircraft carrier USS Theodore Roosevelt.

The vessel was patrolling the Philippine and South China Seas but has since been ordered to Guam amid reports the illness was spreading throughout the ship.