Canada’s Response to the Coronavirus: Better than the US, Worse than EU 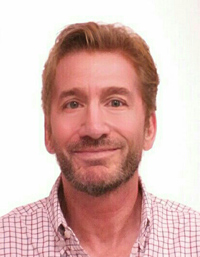 How does Canada’s fiscal response to the coronavirus  stack up so far relative to the rest of the world? Data compiled by the IMF suggests that the totality of Ottawa’s announced measures rank somewhere in the middle among major western economies. Part of the measurement challenges involve disaggregating the direct spending component (e.g., extending unemployment insurance, food assistance, grants, funding for hospitals and health care infrastructure) versus items such as state guarantees for loans to businesses, or tax relief/deferment.  Unlike Washington, Ottawa seems to have prioritized relief to individuals over corporate bailouts, but even here is less generous than most major European Union counterparts, as well as the United Kingdom.

The Canadian federal government’s cumulative fiscal response – measured as a percentage of federal budget deficits to GDP – now stands at around 7%, according to Scotiabank. That is a big number.  But if you’re going to deny people the right to work via a government-mandated shutdown to confront a pandemic, relief must be generous and widespread.

On the specifics, Ottawa has announced measures to provide individuals with $2000/month, which in US dollar terms matches Washington’s package, but offers it for greater duration: for the next 4 months to people who lose their jobs as result of COVID-19, as opposed to a one-time payout.

Additional relief comes in the form of 75% wage subsidies to small and medium businesses, retroactive to March 15th. Equally significant is the Canada Emergency Business Account, which acknowledges the reality of the gig economy by offering assistance to contract workers and self-employed many of whom live paycheck to paycheck and neither have access to traditional employee benefits, nor unemployment insurance.

Of course, that’s not the whole story.  The Trudeau government’s efforts have been supplemented at the provincial level.  But as the issuer (as opposed to user) of the currency, the bulk of the measures must be funded at the federal level (even if administered provincially).

What about the rest of the world?

In the US, the government has just passed a $2 trillion package that represents 10% of US GDP.  The bill increases unemployment insurance by an additional $600 per week and extends payments up to four months. However, there is only a one-time direct payment to Americans of $1,200 per adult making up to $75,000 a year, and $2,400 to a married couple making up to $150,000, with $500 payments per child). In that sense, it is less generous than its Canadian counterpart, and problematic if the lockdowns last for several more weeks.

Leading the pack have been the European governments in terms of the generosity of their social provision, regardless of ideological hue. To cite a few examples, the British Conservative government has pledged to pay up to 80% of wages for furloughed workers for incomes up to 30,000 pounds (although, unlike Canada, it has not yet addressed issue of the self-employed); the French government has said it would pay 84% of any furloughed employee’s net salary up to €5,330 a month, while the Danish government is covering 75-90% of all worker salaries over the next three months.  In Spain, workers can earn 70% of their base salary as an unemployment subsidy, capped at €1,400 a month. Another interesting proviso: once the temporary layoff period is over, firms must rehire all workers and keep them for at least 6 months.

On the question of corporate relief, Ottawa could do better. Grants are better than loans. We should not be adding to a company’s debt burdens for a shutdown that arose through no fault of their own.  Grants should be offered based on the fixed costs businesses would incur as a normal operating concern (as opposed to making estimates of likely profitability and compensating on that basis, which may add an unfair windfall). Or the loans could be converted to grants if payroll is sustained for the duration of the crisis (as the US and Spain have done).

Beyond immediate relief, Ottawa’s fiscal efforts should be focused on ramping up mass-production essential goods such as food, as well support for the healthcare system via expansion of testing kits, surgical masks, ventilators and palliative care, not only for this crisis, but also to ensure that the system is not overwhelmed in the event of future pandemics (or a possible recurrence of this one as we return to work and reintegrate with one another).  The government must also be mindful that if supply continues to be constrained while consumers simultaneously receive large government transfers, aggregate demand could rise in an inflationary manner.

Finally, we need to fix some of the economy’s longstanding vulnerabilities highlighted by this pandemic. We can’t simply go back to the status quo ante whereby a large portion of Canada’s population remains vulnerable to the effects unleashed by this pandemic. Policy choices made over decades have led to growing inequality which, aside from the moral issues, inhibits economic growth as more and more of GDP is funneled to those at the top that save the most. We need to grow quickly to re-establish full employment. Ottawa should also move further to permanently restructure the “gig economy” by introducing reforms to force employers to pay sick and holiday pay and to treat all workers as employees rather than independent contractors. This global pandemic should also induce a rethink of relying entirely on far-flung supply chains to provide so many manufactured goods. We need to redomicile many supply lines, at least as far as essential goods go, which will also bring back many skilled, high-paying jobs for Canadians.

COVID-19 presents an opportunity to find a cure for a lot of longstanding economic illnesses. Ottawa should eschew any lingering fiscal timidity and use all the fiscal resources at its disposal to seize that opportunity.

Marshall Auerback is a market analyst and a researcher at the Levy Economics Institute. He completed this analysis for the Broadbent Institute.