Completing the promise of Medicare 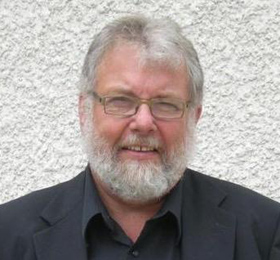 In the early 1960’s, a CCF government (the CCF was the precursor to the NDP) in Saskatchewan successfully lit the path towards what we now know nationally as Medicare, a transformative event in Canadian history. This was done in the face of fierce and often bitter resistance from political opponents, from the medical community and from private insurance companies.  Canadians would do well to recall this history, and how elements of it might inform the current debate about the urgent need for a universal single-payer (i.e. public) Pharmacare program, a long overdue supplement to the existing health care system that would realize the dreams of many of Medicare’s founders.

The success of Medicare, after all, was by no means a foregone conclusion: without leadership from the federal government, the dream of universal public health insurance might never have expanded beyond its beachhead on the Prairies. Key to both the program’s success and its political viability was a creative use of Canadian federalism that saw the basic contours of the system set down in the 1966 Medical Care Act: a bill that offered provinces and territories significant funds for doctor services, should they decide to opt-in. It turned out to be an offer they couldn’t refuse and, within a mere six years, every province and territory had a universal physician services insurance plan. In 1984, the Canada Health Act would eventually enshrine and consolidate Medicare as we know it today.

Prior to Medicare, health insurance was a confusing and expensive patchwork with great variation throughout the country. Similarly, pharmaceutical insurance today consists of a disordered mixture of public and private provision that renders costs among the very worst in the OECD, and which doesn’t guarantee coverage to every Canadian as a right. It is a system that is expensive and wildly inefficient.  The current Liberal government’s advisory panel on a national Pharmacare program, in recommending a universal single-payer system, estimated that over $5 billion could be saved by such a system.

While many Canadians were encouraged by the commissioning and the recommendations of the advisory panel led by former Ontario Health Minister Dr. Eric Hoskins, it is the current COVID-19 pandemic that provides the clearest reasons why the establishment of a universal Pharmacare system is such an urgent priority. Prior to the pandemic, millions of Canadians already lacked adequate drug coverage.  Because of COVID-19, millions more have now lost their jobs thereby losing access to private drug insurance programmes.

If Canada already had universal Pharmacare, Canadians would be far better off in this current crisis.

As the federal government thinks about how to fill the holes in our social safety net that the pandemic has revealed, the creation of universal Pharmacare should be top of the priority list.  There are lessons learned in the creation of Medicare that we can look to.  With particular eligibility criteria set down in legislation [for example, universality], the federal government could offer provinces and territories the choice to opt into a cost-sharing arrangement. Some, of course, might initially pass on the offer – New Brunswick for example, waited until 1971 to join Medicare.  By then, even Ontario’s Premier, John Robarts, who was very much against Medicare, had opted in. Never underestimate the power of what might be called fiscal midwifery, or more crassly, the lure of matching federal dollars. The current Liberal government could do likewise, by marshalling its allies in the federation to create a coalition of the willing and proving that a national Pharmacare program could work.

In 1966 it was clear that there were Liberals, including Prime Minister Pearson, who were glad in that minority parliament to have helpful pressure from the NDP in overcoming resistance in their own political universe to implementing Medicare. In the early 1980’s it was clear that the Liberal Health Minister Monique Bégin wanted to do something about the crisis of extra-billing and user fees that was threatening Medicare.  By her own account, she welcomed NDP support, and pressure, in overcoming resistance in her own ranks to bringing in what would become the Canada Health Act in 1984.

This begs the question of who is advocating for a national universal Pharmacare program within the current Liberal government.  It’s time for the progressive wing of the Liberal Party of Canada to show us that it still exists. Time for somebody to dare to be like those who stood up to previous resistance within their party to doing the right thing for Canadians.  In this minority parliament it’s time for someone on the front bench of the government to see NDP advocacy of universal Pharmacare as an opportunity for cooperation rather than as an irritation. A coalition of the willing in Parliament, followed by a coalition of the willing among the provinces and territories that will eventually come to include them all.

History will be kind to the Liberals who stand up on this issue. Canadians are waiting.

Bill Blaikie is a Director of the Broadbent Institute and was NDP Health Critic in the years leading up to the adoption of the Canada Health Act in 1984.