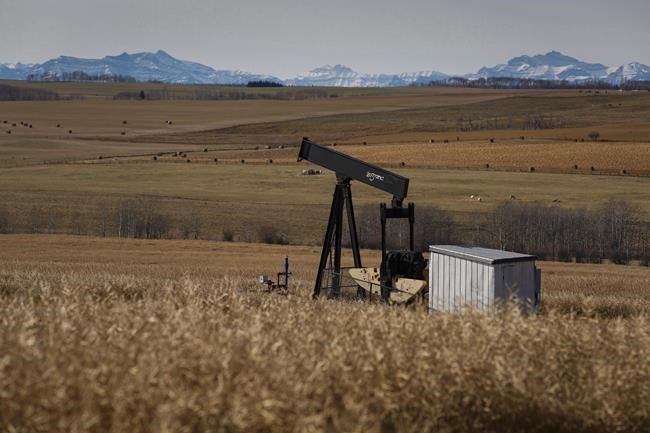 Industry and environmental groups welcomed a multibillion-dollar oilpatch bailout package Friday, but both were looking for more from the federal government.

"We are awaiting additional details on the expansion of support, a critically important matter as companies try to weather the current crisis," said Tim McMillan of the Canadian Association of Petroleum Producers.

"(Money) should be tied to regulatory change in Alberta to ensure the province puts in place a polluter-pays program, so the public is not left with these liabilities in the future," said Greenpeace Canada spokesman Keith Stewart.

Prime Minister Justin Trudeau announced that his government plans to spend $1.7 billion in Alberta, Saskatchewan and British Columbia to clean up inactive and "orphan wells" — oil and gas wells that have been abandoned by their often-bankrupt owners without being remediated.

Ottawa also plans another $750 million to help cut emissions of methane, a potent greenhouse gas that leaks from energy facilities.

Trudeau said the money will support 10,000 jobs across the country.

Provincial leaders thanked Ottawa for the funding, but said more will be needed.

Alberta Premier Jason Kenney thanked the federal government. He said it would create needed jobs and bolster the economy.

"This will allow for a surge of well reclamation completion work all across the province, we hope starting immediately," said Kenney.

"This is an important lifeline for hundreds of companies, large and small. This is going to breathe new life into many rural commutes."

"The federal government has taken a positive first step in providing much needed supports to a vital industry," Saskatchewan's Scott Moe said, also in a statement. "However ... we have not been made aware of whether this is an initial step of supporting our energy industry, or the only step."

In a separate announcement, the federal export development bank said it would increase its support of the industry. Few details were provided.

"Those are types of things that are going to lead to an oil and gas sector that is more competitive because it's cleaner, and also (develop) the kind of expertise that is going to be in demand," she said.

"(It's) inclined to orient relief and, we hope, subsequent stimulus efforts, towards activities that are aligned with their climate commitments," she said in a release.

Well cleanup is a regular part of the oil service industry and contractors have the equipment, staff and expertise to get into the field right away, said Mark Scholz of the Canadian Association of Oilfield Drilling Contractors.

"This has now provided a bit of a lifeline to some of these contractors who can take on work that used to be a smaller part of their business. This will, no question, put more rigs in the field."

Industry had asked for much broader help.

The Business Council of Alberta has called for cheap loans and a program to buy troubled companies.

Stewart said municipalities and First Nations should have some input into who gets priority for the cleanup money.

"(Companies) should, for example, be in good standing for paying their municipal taxes."

Ottawa should also require Alberta to put timelines on well cleanups, he suggested.

The federal government has said it plans to reduce Canada's methane emissions by 40 to 45 per cent below 2012 levels by 2025. It has created regulations to achieve that, but has given the provinces a chance to propose their own rules to achieve the same result.

Industry has said the best way to achieve the target is to let producers focus on an overall goal instead of requiring standard testing at all facilities. CAPP argues that concentrating on the largest emitters would give the biggest bang for the buck.

This report by The Canadian Press was first published April 17, 2020