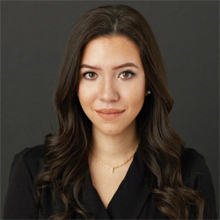 While all Canadians are worried about getting sick during this global health crisis, most do not have to worry about whether or not they would be able to access free and universal healthcare. This is not the case, however, for the thousands of Canadian children living in Québec who are deprived of access to public healthcare services.

The Régie de l’assurance maladie Québec (RAMQ) excludes Canadian children whose parents have a precarious migratory status from the public healthcare plan. Québec is the only province in Canada in which Canadian children are denied public healthcare on this basis. While exact data is not available, Amnesty International and the Early Childhood Observatory have stated that thousands of children are being excluded.

According to a 2018 investigation by the Québec Ombudsman, the RAMQ applies a restrictive interpretation of the Health Insurance Act and the Regulation respecting eligibility and registration of persons in respect of the Régie de l’assurance maladie du Québec. The Act and Regulation enable individuals to be considered eligible if they are permanent residents or Canadian citizens, settled in Québec, and live in Québec for at least 183 days of the year. Although there is no basis in the Act or Regulation for correlating a child’s eligibility with their parent’s, in practice the RAMQ excludes children who fit the criteria if their parents do not.

There are many situations in which a Canadian child may be denied health insurance because of their parents’ migratory status. One example is a child born in Canada whose parents are temporary residents with student or work visas. Despite being a Canadian citizen whose family may permanently settle in Canada, a child in this situation does not have access to the public healthcare plan until their parents’ migratory status is regularized or they turn eighteen. The process of regularization can take months and, in some cases, years, meaning that children can remain in precarious healthcare situations for a significant amount of time during their development.

If their families cannot afford the costs of health and social services, Canadian children excluded by the RAMQ may not receive medical attention absent an emergency. Even in cases of emergency, these children may be turned away from hospitals unless their parents are able to pay costs up front. Consequently, it is likely that numerous Canadian children are living with undiagnosed and untreated disabilities, chronic illnesses, and injuries.

Some families may access clinics that serve uninsured individuals with a precarious migratory status, like the one operated by Doctors of the World in Montreal. However, these clinics alone cannot meet the high demand for medical care nor can they provide an adequate substitute for emergency health services.

At the international level, the exclusion of Canadian children from public healthcare services on the basis of their parent’s migratory status is contrary to Canada’s international commitments. Canada is party to the International Covenant on Economic, Social and Cultural Rights and the Convention on the Rights of the Child, both of which enshrine the right to access healthcare. In its 2020 Submission to the United Nations Committee on the Rights of the Child, Amnesty International recommends that Canada fulfil its obligations by, “Ensur[ing] that all children in Quebec who are born and live in Canada have equal entitlement and access to public healthcare services.”

While the RAMQ’s exclusionary practices have always been harmful and unfair, they are particularly concerning during the current pandemic. A Canadian child’s access to health services should not depend on the financial means of their families and the urgency of care they require. This precarious access means increased health risks for the children who are excluded, but also increased public health risks for Canadians at large.

It is unacceptable for Canadian children to have precarious access to healthcare, especially during a global health crisis.
Kelsey Ayow is a student at McGill University’s Faculty of Law. She currently works in immigration and refugee law.
The views, opinions and analyses expressed in the articles on National Newswatch are those of the contributor(s) and do not necessarily reflect the views or opinions of the publishers.
Click here for more political news headlines
Tweets by @natnewswatch