‘Some days I get very depressed:’ seniors discuss isolation during the pandemic 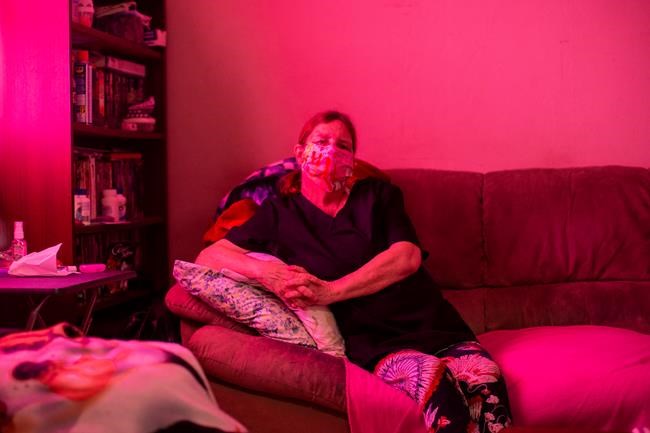 The 60-year-old lives alone in Hamilton with nothing to do during the pandemic. So she thinks.

St. Matthew's House, the seniors centre where she'd normally spend her days with her friends playing games, socializing and eating, is closed due to COVID-19.

That gives her brain more time to wander.

"Some days I get very depressed," Potter says. "Other days I try to be OK, but it doesn't always work. I'll eventually get to see them in heaven."

"If it wasn't for them, I would have gone nuts by now," she says.

St. Matthew's House acted as an anchor for dozens of seniors in the area. Without that anchor, Potter says she and her friends feel adrift and forgotten.

Similar centres across the country have been shut down due to limits on gatherings during the pandemic.

Psychologists worry about the "echo pandemic" — the mental health crisis that will remain in the wake of COVID-19. Isolation is a major contributing factor to that looming crisis, experts say.

While isolation protects vulnerable seniors from contracting the coronavirus, it's also having a debilitating effect on their mental wellbeing.

Anxiety and depression are up since lockdown measures came into effect across the country in March, according to a survey of 1,803 Canadians by the national charity the Mental Health Research Council.

"What's clear are levels of anxiety and depression have really taken an unprecedented toll on people psychologically," said Dr. David Dozois, a psychologist on the board of the research council and a professor at Western University.

"Social isolation and loneliness are huge public health issues not only for the general public, but particularly for seniors who experience greater risk for isolation."

People who feel lonely or isolated have a significantly greater risk of mortality, an increase of 26 to 32 per cent, Dozois said.

Potter says getting out and being social helps her tremendously.

"I have schizophrenia and bipolar, so this is really hard getting stuck in the house like this," she says.

She fills her days watching her DVDs, "over and over and over." She hates to admit it, but she's even sick of her favourite movie — "To Sir With Love," starring Sidney Poitier.

"I have anxiety problems and my anxiety right now is really up," she says. "I'm afraid to go out, even to a store. I feel taped in, it's terrible."

Brown, 60, lives on her own in an apartment building and has not seen her children or grandchildren, including a new baby, in months.

She's scared of getting COVID-19, but forces herself to the store about once a week, just to get outside for some exercise.

Brown used to go to the seniors centre five times a week, doing crafts like rug-hooking.

She says it helped her return to a sense of normalcy after being sexually assaulted.

"It was really good to get out of my home to be with other people," Brown says.

"Now I'm home all the time. I'm not going to be ashamed — I do get a bit depressed."

Her panic attacks are "way up," she says, and she spends a lot of time sleeping or watching television.

"It's gotten down to watching a lot of paranormal stuff right now," she says with a laugh. "It's sad."

Meanwhile, Bonnie Dufour is trying to keep her friends' sanity in check.

The 69-year-old also lives alone in an apartment, but says she's better prepared for the isolation after a five-year-ordeal with flesh-eating disease. The illness left her housebound the entire time and took part of her leg and buttocks.

She remembers finally going to the seniors centre afterward, and it was the springboard she needed to feel better mentally and physically. She started exercising, changed her diet and eventually lost 140 pounds and got out of her wheelchair.

Now, Dufour says, she's sitting around a lot and eating too much, mostly out of boredom.

She lost both of her daughters — one to cancer and one to spina bifida — but her son helps out, and she was able to leave the house for the first time since mid-March on Friday to give her granddaughter a birthday gift.

The virus is often on her mind. Her estranged husband, who is in a nursing home, is on death's door from COVID-19, she says.

She still has work to do, though. She checks in with Potter and Brown and has both over periodically, though not at the same time.

"I try to keep others laughing so that we're all going to stay healthy," Dufour says.

"We're helping each other."

Andrew Matthews, a crisis intervention worker with St. Matthew's House, spends most of his time organizing and delivering food to his clients, including the three friends.

"We can meet their physical health needs, I'm not worried about that," he says.

"I'm very concerned for their mental health. The loss of social activities is huge and that will affect their overall health."

The three friends just want some hope — hope that the seniors centre, in some form, can open.

"Everyone is missing our happy place."

This report by The Canadian Press was first published May 6, 2020.