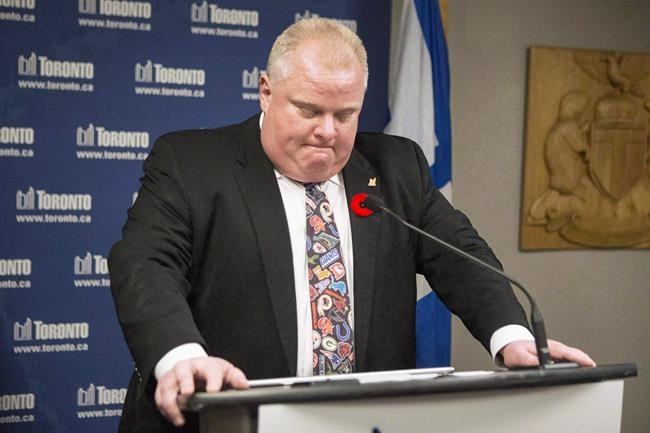 A spokesperson for the network confirmed the news, which was first reported by Variety.

AMC says comedy star Jim Gaffigan would play Ford in the project, and Jesse McKeown of Toronto would write it and co-executive produce.

Canadian filmmaker Michael Dowse, whose previous projects include "Goon" and "What If," will direct and also co-executive produce.

Variety reported this week that Ed Helms and Mike Falbo are also executive producing the project through their company Pacific Electric Picture Co.

An AMC spokesperson says the project is "in development stages only at this point" and there's "nothing else to confirm right now."

Ford made international headlines for battling addiction and substance abuse during his tenure as mayor from 2010 to 2014.

Ford's drug scandal is touched on in the recently released drama feature "Run This Town," which was written and directed by Toronto filmmaker Ricky Tollman and stars Damian Lewis as the mayor.