CEOs and corporations need some schooling on financial responsibility and fairness 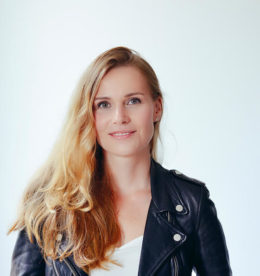 After refusing to deny bailout money to companies that operate in offshore tax havens, Prime Minister Trudeau recently stated that right now is not the time to solve tax avoidance. When the “right” time does arrive, I hope the federal and provincial governments consider–as part of their solution–mandating financial literacy courses for the CEOs whose firms are presently being bailed out.

The last time we emerged from a financial crisis in 2008, pundits and policymakers alike wagged their fingers at ordinary Canadians’ increasing debt levels and reckless personal spending, resulting in the development of financial literacy education policies nationwide. This narrative of financial irresponsibility persists even in the midst of the current COVID-19 crisis, with predictions that Canadians–who have reduced their spending as a result of the crash–will likely return to their previous consumption patterns after the pandemic is over. But the takes on rising debt levels rarely account for stagnating wages, unaffordable housing, and skyrocketing tuition that have led Canadians to borrow more.

Blaming individuals for their bad spending and saving habits has carried over to schools, too. After the Great Recession, personal finance education was increasingly introduced across Canada and the United States through curricula tasking students to be self-sufficient and financially responsible citizens. But it’s one set of rules for high school students and low-income Canadians and another for the rich. Though corporations are designated as legal “persons” under law, unlike the rest of us, they’re seemingly exempt from financially responsible behaviour. They get away with dodging taxes, using political donations and lobbying in order to exert pressure on decision-makers to develop economic policies that align with corporate interests, and violating environmental laws while public money pays their fines.

While some will offer trickle-down arguments about corporations generating wealth for the rest of us, let’s remember that while the rich and powerful exploit the current crisis, working people and essential workers are keeping our entire society afloat. It’s time that corporations and their CEOs got schooled on financial responsibility and fairness. Here are some lesson ideas:

And last, basic lessons on budgeting and saving should be included. Perhaps with improved financial literacy, CEOs will do a better job of saving their astronomical salaries so taxpayers won’t have to foot the bill every time our markets crash.

Agata Soroko is a PhD Candidate in the Faculty of Education at the University of Ottawa.