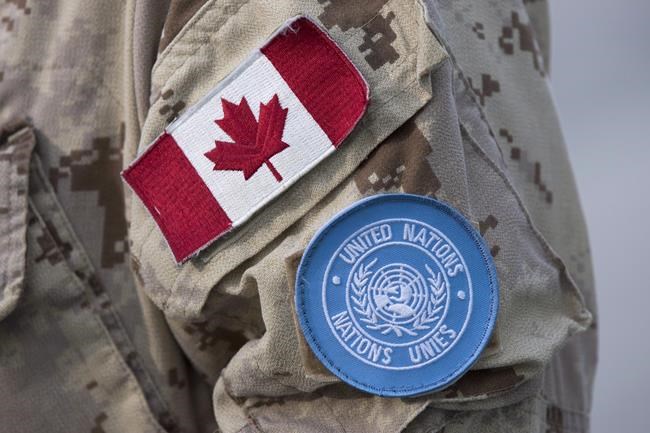 OTTAWA — Canada's contributions to peacekeeping have reached what is believed to be an all-time low even as the Liberal government makes its final push for a United Nations Security Council seat.

UN figures show Canada had just 35 military and police officers deployed on peacekeeping missions around the world at the end of April.

Walter Dorn, a peacekeeping expert at the Canadian Forces College, says that is the smallest number since at least 1956.

The figures are all the more striking given the Liberal government's past promises to contribute up to 600 military members and 150 police officers to UN peacekeeping.

The decline can be partly attributed to the COVID-19 pandemic, which has resulted in fewer overseas deployments for the Canadian Armed Forces.

It could nonetheless hurt the government's chances of securing a seat on the UN Security Council next month, as the two other countries vying for a spot, Norway and Ireland, both had more peacekeepers in the field than Canada.

This report by The Canadian Press was first published May 22, 2020.