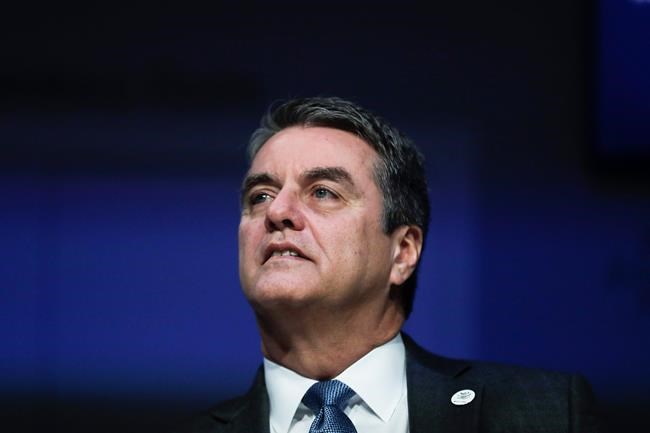 Ottawa—The sudden resignation of the director general of the World Trade Organization is raising a lot of questions about the maintenance of rules-based international commerce in the midst of the global pandemic.

Roberto Azevedo, a career Brazilian diplomat, plans to step down Aug. 31. His second four-year term was to end in September 2021. Finding his successor will take precedence over an effort by Canada and other 41 other countries to bolster the role of the WTO, which serves as international commerce referee, trade experts say.

It’s unlikely the WTO members will expend energy on reform proposals when the more immediate concern will be finding agreement on a new director-general, they say.

Azevedo supported open trade and international cooperation putting him at odds with the United States and China. A leadership vacuum at the WTO is not a welcome sign given the faltering state of the global economy and countries creating trade barriers. The WTO has predicted that global trade could fall by one-third, a decline not seen since the Great Depression in the 1930s.

Trade guru Peter Clark says the selection of a new director general is never easy. “This is a U.N. body so you will need to go through the lobbying and spats about whose turn it is. There will be some pushing for an African and there seems to be a big push for the WTO to decide on its first female director general.”

He said Kirsten Hillman, the recently appointed Canadian ambassador to Washington, could be a good compromise choice for the post. Others suggested her but questioned whether she had enough international profile.

“The U.S., despite calls to leave the organization, will start working the back rooms to make sure they get who they want or someone who they can control or at least collaborate with. They will try to make sure it is not a European,” Clark said.

Azevedo has pointed out that international cooperation during the financial crisis of 2008 helped the world economy recover more quickly and comparable action is needed now.

International Trade Minister Mary Ng said the reform initiative has gained support because countries “agreed that trade should remain open and predictable, and we committed not to impose export restrictions or unnecessary barriers.”

Azevedo’s action came about a month before the next WTO ministerial summit is supposed to be held in June in Kazakhstan. The reform initiative along with who might be his successor would be key topics if the session goes ahead despite the global pandemic and disputes among key players such as China and the U.S.

Clark said a key topic would have to be the threat of intensified protectionism due to the pandemic. “The thrust will be self sufficiency and there will need to be a concerted effort to keep trade flows open.”