Half of Canadians say governments are hiding something about COVID-19: poll 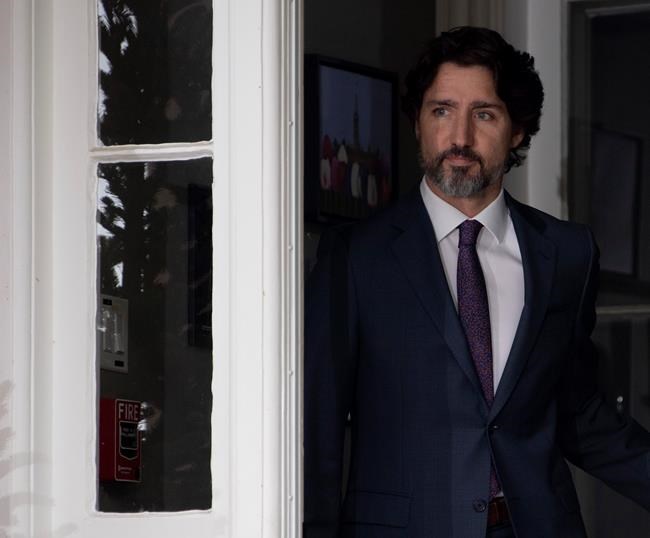 OTTAWA — Half of Canadians believe they're not getting the whole truth from their governments about COVID-19, a new poll suggests, and some also believe conspiracy theories about where the novel coronavirus began.

The most recent survey from Leger and the Association for Canadian Studies found 50 per cent of respondents felt governments were deliberately withholding information about the pandemic of the novel coronavirus, which has killed thousands and ground the economy to a halt.

"It's staggering, in a period where I believe trust has never been as high," said Leger vice-president Christian Bourque.

Bourque found those numbers quite high, considering the results suggest people also seem to believe they are not getting the full picture.

The misgivings were greatest in Quebec, where 60 per cent of those polled believe governments are keeping secrets about the virus.

The province is also home to nearly 48,000 confirmed cases of COVID-19 as of Monday, as well as just over 4,000 deaths — the highest number in Canada.

The poll asked questions of 1,510 adult Canadians selected from its online panel between May 22 and May 25. Because of the way participants were recruited, the internet-based poll cannot be assigned a margin of error.

Respondents were also asked whether they agree with nine theories circulating online about the coronavirus and how, or why, it came to be.

"It's basically stuff that's been sort of thrown around the Internet," Bourque said of the theories put forward in the poll. "It's stuff we saw go by and we started to make a list."

Few of those polled — 15 per cent or less — believe stories that philanthropist and Microsoft co-founder Bill Gates is responsible for the spread of the coronavirus, that there's a link between the pandemic and 5G networks, or that COVID-19 never existed in the first place.

More than a third of people, however, believe the virus was created in a lab, or by the Chinese government. Nineteen per cent of respondents also said they believed the number of deaths related to COVID-19 is exaggerated.

More than half of respondents agreed with at least one of the nine theories put forward.

Openness and transparency have been the "watch words" of the federal government's response to the pandemic from the beginning, Prime Minister Justin Trudeau said during his daily briefing Monday.

"But we recognize there's always more to do in terms of openness and transparency and we will continue to demonstrate that with Canadians because we know fundamentally there is an issue of trust and confidence."

He said if Canadians trust that their government is being open and truthful, they'll be more likely to continue to follow public health advice to curb the spread of the virus.

This report by The Canadian Press was first published May 26, 2020.