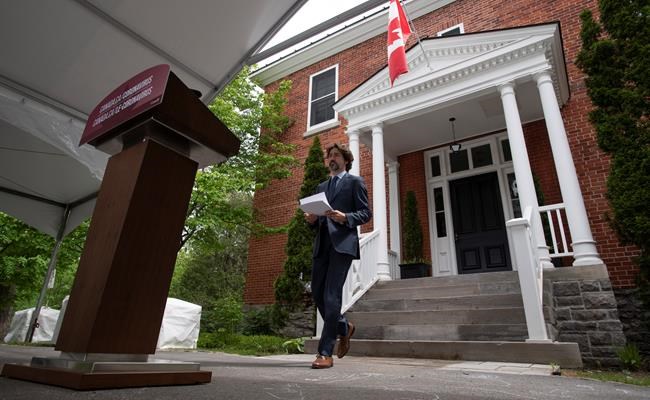 OTTAWA — The Trudeau Liberals are detailing to parliamentarians a plan that would shift tens of billions in pandemic-related aid, sending more toward a key COVID-19 emergency benefit for workers after seeing demand skyrocket from original estimates.

The Liberals had expected the Canada Emergency Response Benefit to cost the federal purse about $35 billion this fiscal year, but revised that estimate in recent days after realizing more workers than expected were applying for aid.

The most recent federal figures show that as of Monday, more than 8.3 million Canadians have applied for the relief program, which has paid out nearly $42.6 billion in combined benefits.

Parliamentarians only need to approve $6 billion in new money after granting the Liberals broad spending powers during the pandemic.

The supplementary estimates will only receive four hours of debate this month under a motion agreed to by a majority of parties to keep the House of Commons on an extended hiatus due to the pandemic.

Parliament's spending watchdog said last week that those four hours would not give MPs enough time to properly scrutinize the government's plans.

The CERB — a $2,000-a-month benefit to those who have lost work or earn no more than $1,000 a month due to the pandemic — now accounts for a larger share of spending than originally planned.

Experts have suggested the Liberals revamp the CERB to create an incentive for workers go back on the job, when it is safe to do so, but help others who max out the benefit before having a job to return to.

The Liberals are lowering the amount they expect to spend on a federal wage subsidy, to $45 billion from $73 billion, based on observed take-up. Figures posted Tuesday show 195,509 companies have been approved for $9.36 billion in aid.

The Finance Department is consulting on possible changes to the program that has been extended to the end of the summer.

Many small businesses haven't applied for the wage subsidy because it arrived long after they had closed their doors and laid off workers, Dan Kelly, president of the Canadian Federation of Independent Business, told a Senate committee Tuesday afternoon.

Even with all the other help announced, it was likely that many workers would not be rehired and more small- and medium-sized businesses could close for good, he said.

"I can't see any way that we are not going to see tens of thousands of business bankruptcies, business failures, by the end of this and that's an optimistic scenario based on full utilization of all the government support programs."

The majority of the spending in the supplementary estimates is driven by the government's response to the COVID-19 pandemic, but also includes $481.2 million for the Indian Day Schools settlement and $585.8 million for two new naval support ships.

There is also $14.8 million set aside for Via Rail's proposed high-frequency rail service between Toronto and Quebec City, $24.4 million for an IT upgrade for the asylum system, and almost $13.8 million for measures in response to the national inquiry on missing and murdered Indigenous women and girls.

This report by The Canadian Press was first published June 2, 2020.

Note to readers: This is a corrected story. A previous version said the main estimates were released in March.