After the Pandemic and for the Climate Emergency, Government Must Lead 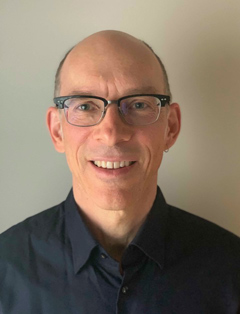 Like any virus worthy of the name, COVID-19 preys on weak immunity and has relentlessly sought out the weak links in our social safety net, the gaps in our infrastructure and the vulnerabilities we have allowed to fester in our society.

After Margaret Thatcher famously declared “there is no such thing as society”, she and many like-minded leaders gleefully took their hatchets to social and economic policy over four decades, in too many countries to mention, to make it so.

In Canada, this led to trade policies that decimated domestic manufacturing, historic cuts to social programs that have never recovered, and a potent cocktail of deregulation and privatization that undermined our collective ability to help ourselves and each other.

Despite this dismal record, our governments have tried to step up to the challenge of this pandemic and public servants have certainly played their part. With far too few critical care beds and insufficient stocks of PPE and an income safety net that is in tatters, the federal government and public service conceived and delivered programs that only weeks ago would have been considered unthinkable and impossible.

But urgent efforts to restock PPE and to support workers, businesses and supply chains are only short-term measures in what will be a long and painful battle with an end to the pandemic nowhere in sight.

So now is a good time to draw a line in the sand – there can be no going back to the politics and policies that weakened our collective immunity and set the stage for the ravages of COVID-19, and the climate emergency.

Repeating the federal government’s half-hearted response to the 2008 financial crisis is also not an option. Because the Harper government quickly reverted to its austerity agenda, most Canadians reaped a largely jobless recovery and weaker social programs, while the wealthy feasted yet again on speculative bubbles in finance and real estate.

In any case, the scale of this crisis is well beyond 2008, with unemployment soaring, our food supply at risk, and Canadians’ health and wellbeing on the line. All the more reason for government to avoid past mistakes and to lead us to rebuild for the future.

Leading with public service values and public sector value. While this might seem a given, for decades governments have balked at this leadership role. Instead they largely accepted the premise, succinctly put by economist Marianna Mazzucato, that “governments cannot – and therefore – should not – actually govern.”

Even before it came face-to-face with the pandemic, the Trudeau government showed it was willing to re-engage with “governing.” But the rhetoric was often streets ahead of the reality, and many policy decisions fell short. To take on the health crisis, the economic crisis and the climate emergency, good talk and changes at the margins are nowhere near enough.

Government’s in-house capacity needs a big boost. Public servants have stepped up in difficult circumstances. After decades of being degraded, government capacity needs to be rebuilt with the expertise and tools to advise, evaluate, plan and deliver the policies and programs that reconstruction requires. Government needs the right resources to play the leadership role that it must in remaking domestic manufacturing, rethinking food production and distribution, improving income supports and childcare, expanding health and health protection, building green infrastructure, and so much more.

Keep an eye out for the “old ways.” As plans for a public sector-led reconstruction are put in place, we can’t fall back on the policies and politics that brought us to the brink. For example, we need institutions to plan and manage public investment in infrastructure, but instead of imbedding privatization in their genetic code as we have with the Canada Infrastructure Bank (CIB), they should be guided by our collective mission – rebuilding a more equitable, sustainable and resilient Canada.

And while technology will surely play a key role in a post-pandemic world struggling with the challenge of transitioning away from carbon, depending starry-eyed on the latest app or newest achievement in AI is very much the “old way”– see under Financial Crisis 2008, Tech Crash 2001. Instead, putting technology to work to advance our collective mission means challenging the corporate hammerlock on the digital world through regulation, taxation and an expanded public sector role.

Success depends on more democracy, not less. While battling COVID-19 required quick action, sometimes at the expense of citizen engagement and consultation, the public health emergency also opened the door to a wealth of creativity and innovation – formal and informal, both outside and inside government. These initiatives point the way forward and should be welcomed and nurtured.

The ‘frontline’ experience of public servants and citizens alike is not only invaluable, their active engagement is essential to build the broad consensus, public trust and popular support needed to battle a pandemic and to take on a climate emergency.

The mission ahead of us is huge and historic. Reconstruction means weaving a social safety net all Canadians can depend on, building the infrastructure we need to confront the climate emergency and transition to sustainability, and taking on the inequality that eats away at the heart of our society.

Without sustained and determined government leadership, a fully mobilized and well-resourced public sector, and extensive citizen and community engagement it simply can’t be done.

Peter Bleyer holds a PhD from the London School of Economics. He is a past executive director of the Canadian Centre for Policy Alternatives, the former head of policy and communications for the Professional Institute of the Public Service of Canada and was president of the Canadian Council on Social Development.