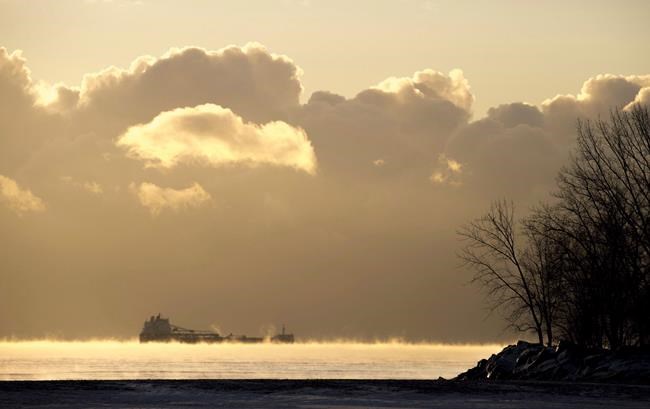 WASHINGTON — Just weeks before North America's new trade agreement is due to take effect, regulators in the United States have launched a formal investigation into Canada's plan to change the rules that govern shipping on the Great Lakes.

U.S.-based shippers say proposed new standards for the use and release of ballast water — extra weight to improve the stability of vessels that have unloaded their cargo — are unfair, excessively expensive and designed to undermine competition in the business of ferrying goods across the world's largest collection of freshwater lakes.

Transport Canada introduced the new rules last summer to meet the demands of an International Maritime Organization treaty that took effect in 2017 aimed at limiting the spread of harmful or invasive species — a treaty to which the United States is not a party.

In a petition filed in March with the U.S. Federal Maritime Commission, the Lake Carriers' Association, which represents 13 firms with 46 U.S.-flagged "lakers" capable of transporting 81 million tonnes each year, accused Canada of seeking a competitive advantage.

The regulations, if passed, would require modern ballast-water treatment systems on all vessels operating in Canadian waters, and that shipping companies develop management plans in accordance with stringent new performance standards.

The association estimates the cost of meeting the new requirements at more than C$1.1 billion to preserve access to an estimated 64 million metric tonnes of shipments over the 25-year life of the regulations. That, they say, would amount to a doubling of their freight rates, rendering them unable to compete with their Canadian counterparts.

"Member U.S. laker operators would be unable to bear the increased cost of such regulations and stay competitive and thus would have to exit that trade," the association writes in its petition.

"Canadian vessel operators would directly benefit from the exit of U.S. lakers from that trade by taking over the portion of the trade formerly conducted by U.S. lakers and enjoying a de facto monopoly on cross-lakes U.S. export-to-Canada waterborne trade."

Canada, however, insists the proposed regulations would treat all shippers equally.

"The approach would apply the same standards to Canadian and U.S. ships that operate together on the Great Lakes. Providing exemptions for U.S. ships would be economically unfair," said Livia Belcea, press secretary to Transport Minister Marc Garneau.

"Canada’s regulatory initiative is still at the proposal stage. We understand the FMC’s actions as being anticipatory in nature and that it is not intending to take actions until Canada confirms its approach."

The regulations do provide an exception to U.S. Great Lakes vessels, provided they don't "load or release" ballast in Canadian waters. But operators of U.S.-flagged vessels transporting shipments to Canada say they would have no choice but to load Canadian ballast — water that wouldn't be released until the vessel was back in the U.S.

"Loading ballast water in Canadian waters, as opposed to discharging it, does not result in the potential introduction of non-native organisms into Canadian waters," the association argues. "There is thus no reason from a Canadian environmental perspective to impose the regulatory requirements on a vessel simply because it loads in a Canadian port ballast water that will be discharged at a U.S. port."

Most of the affected Canadian vessels also carry shipments beyond the Great Lakes to other countries, making management systems necessary whether they ship to the U.S. or not. U.S. vessels that are confined to the lakes shouldn't be held to the same standard, they argue.

The only reason to do so, they say, is to gain a competitive advantage.

"By imposing this environmentally unnecessary requirement on U.S. carriers, Transport Canada is not regulating even-handedly between U.S. and Canadian carriers. Rather, it is disadvantaging U.S. carriers for no legitimate purpose, thus creating a condition unfavourable to shipping in the foreign trade of the United States."

That's language from the Merchant Marine Act, the 1920 law that gives the commission the authority to examine whether the Canadian rules are unfair. A positive finding could result in fines being levied against Canadian vessels calling at U.S. ports, prohibiting vessels from making such calls entirely, and restricting the cargo that can be carried between the two countries.

"Canada remains committed to addressing the spread of aquatic invasive species on the Great Lakes, and continues to call on the U.S. to take similar action," Belcea said. "We will continue to closely monitor developments as we prepare the final regulation."

Working together to sustain the Great Lakes marine industry supports more than 78,000 jobs and over US$28 billion in business revenue between the two countries, Ottawa says, while invasive species like the zebra mussel and the bottom-dwelling ruffe fish cause more than $1 billion in damage each year.

This report by The Canadian Press was first published June 17, 2020.