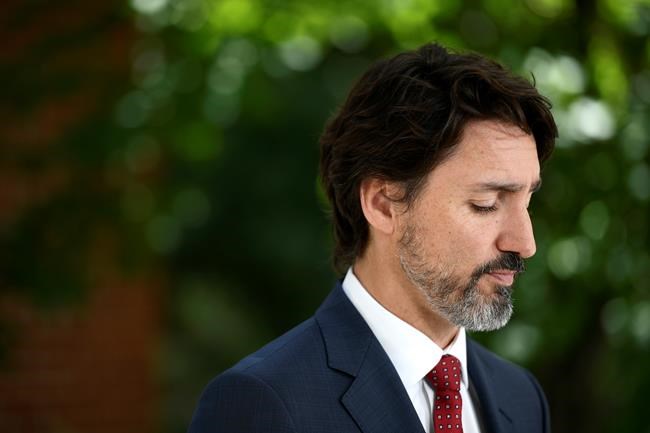 OTTAWA — The Trudeau government's superficial foreign policy hamstrung its diplomats and caused Canada's defeat in the first round of voting for a seat on the United Nations Security Council, says the former Canadian ambassador who helped battle South African apartheid at the UN.

Stephen Lewis also dismissed Prime Minister Justin Trudeau's day-after assessment on Thursday that Canada's late start in campaigning for the temporary council seat was pivotal in its loss to Norway and Ireland on Wednesday.

Norway and Ireland declared their candidacies for the council several years before the Liberals were elected in 2015, after which Trudeau announced Canada's intention to run.

The defeat of the Liberal government led by Trudeau followed a failed bid for a Security Council seat by the former Conservative government under Stephen Harper in 2010. Trudeau was highly critical of Harper's foreign policy throughout the 2015 federal election campaign and declared "Canada is back" the day after he won.

"It shows that through the Trudeau years Canada's superficiality and insouciance in foreign affairs got through to the rest of the world, and the world decided we were too flimsy, unfocused, ad hoc and chaotic to merit support," said Lewis, a lifelong New Democrat who was appointed by then Progressive Conservative prime minister Brian Mulroney to be his UN ambassador in the 1980s.

Lewis and Mulroney worked together to lead Canada's participation in the broader fight at the UN to eventually bring down the racist anti-Black Apartheid regime in South Africa.

On Thursday, Trudeau's office marked the 30th anniversary of Nelson Mandela's visit to Ottawa and his address to the joint session of Parliament. Mandela, who became South Africa's first post-Apartheid president, was the first foreign leader to be granted honorary Canadian citizenship and the Order of Canada.

At a media briefing on Thursday, Trudeau was asked about Canada's foreign-policy failure of the previous day.

"Obviously, we would have hoped for a different result yesterday," Trudeau said.

"But the reality was, coming in five years later than (Norway and Ireland) gave us a delay that we unfortunately weren't able to overcome. I was hoping we would, and we certainly worked hard to do it."

Lewis, who was also a fierce critic of Harper's foreign policy, dismissed Trudeau's assessment as "nonsense."

"Four years should be more than enough to secure the seat. If commitments to Norway and Ireland were earlier made, they would readily have been changed if we had something to offer," said Lewis, adding that the government's campaign platform hamstrung the current ambassador Marc-Andre Blanchard.

"Blanchard was excellent, but he had nothing to work with," said Lewis.

"The prime minister is just fine with rhetorical flourishes. But when it comes to concrete policy, there just isn't any," he added.

Michael Bociurkiw, a Canadian-born analyst who has worked abroad for the Organization for Security Co-operation in Europe and the United Nations Children's Fund, said Wednesday's loss was "humiliating" for Canada and for Trudeau personally.

"I think this also indicates the decline of influence of the Trudeau brand, possibly impacted by previous incidents such as the India state visit and the blackface revelations," he said.

In recent months, Canada's campaign focused heavily on what it has been doing in response to the COVID-19 pandemic.

That has included convening countries to bolster food security in developing countries, keeping vital supply chains open across the globe, and working on new financing models to help struggling countries whose economies have been badly damaged by the pandemic.

"I think there is a gap between what we say and what we do — on peacekeeping, on climate change, on the provision of official development assistance," said Bociurkiw.

Lewis said foreign embassies in Ottawa regularly report Canada's deficiencies in foreign policy back to their capitals. That includes low levels of international development spending and contributions to UN peacekeeping, and arms sales to Saudi Arabia.

"They know that we talk a good game on climate change but it's all negated by our reverence for pipelines, not to mention that our per-capita discharge of carbon is twice that of Norway and Ireland," said Lewis.

"They know that we have nothing of consequence to say about Syria or Afghanistan."

Lewis said it was shocking that Canada under Trudeau received fewer votes — 108 — than the 114 Canada won in 2010 on the first ballot, under Harper. Canada needed 128 votes, or two-thirds of the voting members of the assembly. Norway won 130 and Ireland garnered 128.

Trudeau said he has called the leaders of Norway and Ireland "to congratulate them for a well-run campaign and commit to them that we were going to continue to work with them on all our shared values on the world stage."

Canada's first-ballot defeat wasn't as resounding as it appeared, given that Norway and Ireland barely reached the 128-vote threshold, said Adam Chapnick, a professor at the Royal Military College of Canada and author of a recent book on the Security Council.

If either had fallen short, Canada could have proceeded to a second round of voting.

"This is, I believe, the closest we've ever seen two countries clear the two-thirds threshold on a first ballot," he said. "I don't think there's been another election where four votes made the difference between no one coming out of the first round successfully, and two countries doing so."

This report by The Canadian Press was first published June 18, 2020.