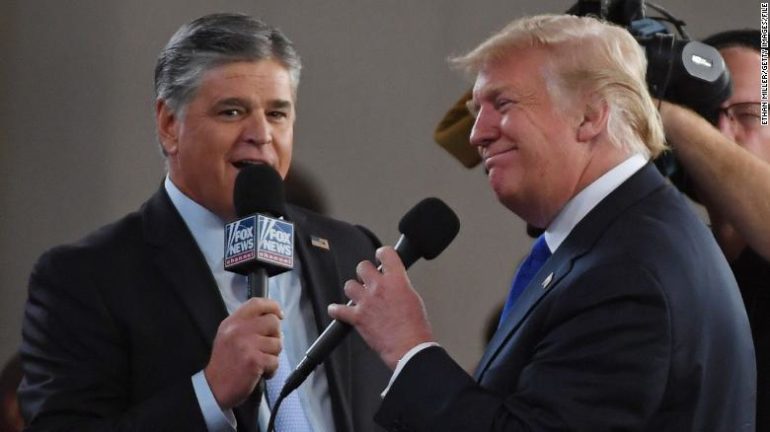 Faced with faltering poll numbers and a huge furor caused by allegations made in John Bolton’s soon-to-be-released memoir of his time in the White House, President Donald Trump retreated to the warm embrace of Fox News on Wednesday night.

In a phone interview with Sean Hannity, Trump railed against his opponents — real and imagined — while also painting an alternate reality of his current political situation. He was aided and abetted in that world-building by Hannity, the most loyal of Trump’s media foot soldiers.