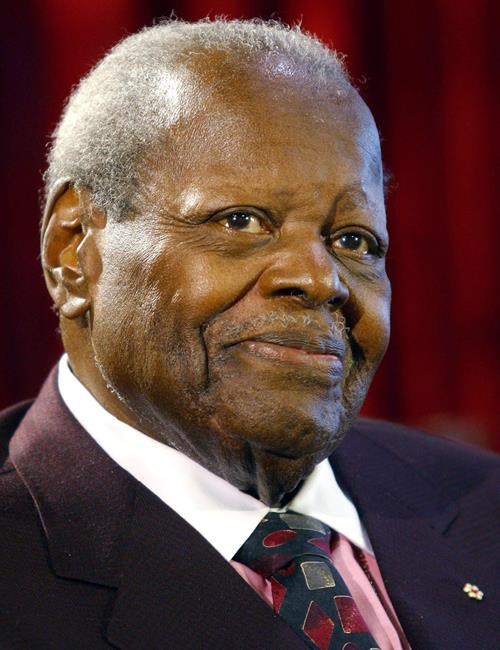 MONTREAL — Another push is underway to rename a southwestern Montreal metro station in honour of Canadian jazz great Oscar Peterson, but city officials say they aren't ready to go that route.

But Hussain noted the acclaimed jazz pianist and eight-time Grammy Award winner only has a few things named for him in the city — a park in Little Burgundy and a concert hall at Concordia University's west-end campus among them.

Peterson passed away in Mississauga in December 2007 at age 82.

Hussain started the petition one week ago on a whim, hoping to get 100 signatures to start — but to his surprise, it had surpassed 10,000 signatures as of Tuesday, prompting him to run with it and present it to the city.

As the conversation about systemic racism and the place of Black and Indigenous communities comes to the forefront, Hussain, a Montreal native, is hoping the city is listening.

"Montreal is an amazing city and I just believe our institutions and our governments need to start recognizing people of colour," Hussain said.

"I feel like naming a metro station after Oscar Peterson in the neighbourhood he grew up in is a first step to starting that change — it's a spark."

The City of Montreal said in a statement that it recognizes "we are living in a period of significant social transformation," but said changing the name of a metro station is not so easy.

Lionel-Groulx station opened in 1978, and its name was chosen as a direct reference to the avenue it is located on.

"The names of metro stations are based on geographic references, that is, the names of nearby streets or institutions," said Genevieve Jutras, spokeswoman for Mayor Valerie Plante, adding that these names, easily recognized by users, are important to the metro network.

"There is a way to honour Oscar Peterson without a doubt, with all the recognition for the cultural heritage we owe him," Jutras added, vowing the city will work with the transit agency on that honour.

Montreal Transit Corp. spokesman Philippe Dery said Hussain can table his petition to its board of directors, but added the transit authority has had a moratorium in place on name changes since 2006.

In fact, since the metro system is opened, only five stations have changed names, with the last one coming in 2014 — to change the station to Square-Victoria-OACI in honour of the Montreal-based International Civil Aviation Organization's 70th anniversary.

Hussain said that examples suggest the city can be flexible, noting the city changed the name of Amherst Street last year to Atateken Street — a Mohawk word that means brotherhood.

There have been previous calls to remove Lionel Groulx's name — a prominent Quebec priest, historian and nationalist whose legacy also includes controversial views on race and anti-Semitism that were called out by B'Nai Brith in 1996 and by the movement seeking a name change in 2008.

But Hussain said he wasn't focused on that.

"To me it's not about Lionel-Groulx and what happened in the past," Hussain said. "For myself and a lot of people in the community, it's about recognizing a Montrealer who made an impact on our city as well as the international stage."

Transit users questioned at Lionel-Groulx station this week said they liked the idea.

"I'm for Oscar Peterson," said Martin Beaulieu. "I'm not necessarily against the other person, I know them less — Oscar Peterson is a huge pianist."

Johan Bertrand said he was also in favour.

"I'm for having a person who's a bigger inspiration and better represents the community or the population who lives in this part of the city," he said.

For Hussain, there are plenty of racialized Montrealers who are deserving of recognition and it's a conversation worth having.

"Montreal needs to do something different to show appreciation for its people of diverse origins," Hussain said.

"I think it's an amazing achievement if we can get this done."

— with files from Julian McKenzie

This report by The Canadian Press was first published June 24, 2020.