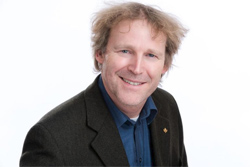 Every nation plays an important role in stopping wildlife extinction. Here in Canada, we have an estimated 80,000 known wild species. They range from pygmy shrew to polar bear, and from stellate sedge to Sitka spruce. Canada plays a critical role in protecting many of these plants and animals. Most of the world’s lakeside daisies, narwhals and Canada lynx live here. For other species, such as Jefferson salamander, Lewis’s woodpecker or pitch pine, Canada makes up just a small part of their global range.

We share conservation responsibility for most of our wildlife with other countries, primarily the United States, but also Greenland, Russia and Scandinavia. For migratory birds, marine fishes and marine mammals, our collective conservation community reaches to Argentina (Arctic tern), Mali (northern wheatear) and the Mediterranean Sea (Atlantic bluefin tuna).

But there’s a select group of wild plants and animals that are only in this country. Their global range is completely Canadian and there is no shared responsibility in deciding their future.

The Nature Conservancy of Canada (NCC) has prioritized these nationally endemic species in our conservation plans for over 20 years, but a comprehensive list of these all-Canadian species didn’t exist. NCC and NatureServe Canada recently filled this need by cataloguing the different kinds of plants and animals that are only found here. Some, like copper redhorse and Vancouver Island marmot, were well-known Canadian endemics. Confirming others required input from experts and digging into data from around the world.

In our report, we identified 308 plants and animals found only in Canada. These range from the largest subspecies of Steller’s jay that lives only on Haida Gwaii, off BC, to the tiny maritime ringlet butterfly restricted to the eastern Canada coast.

Certain habitats seem to have more nationally endemic species, including alvars in Ontario, sandhills in Saskatchewan and Alberta, mountains in western Canada, and where the St. Lawrence River meets the sea. We identified 27 ‘hot spots’ across the country where higher numbers of endemic species can be found. These generally occur on islands — places that were ice-free during the last period of glaciation or sites with unique habitats.

Unfortunately, many species have small ranges and numbers, both important factors that can increase their vulnerability. In southern Canada, the main threat for species such as Newfoundland marten is habitat loss. In many Arctic, mountain and coastal habitats, climate change is rapidly altering the environment, putting species such as Lake Louise arnica and Gulf of St. Lawrence aster at increasing risk. Some of our all-Canadian wildlife, including Atlantic whitefish, are teetering on the edge of extinction.

The rapid loss of wildlife is a planetary issue that is as critical and consequential as climate change. Scientists now estimate that up to one million species may be at risk of extinction in the next few decades.

This leaves us with two very different options. We can continue the present path and leave future generations with both a depauperated planet and the systems and culture that drive this loss. Or we can reinvent our relationship with the natural world and shine a light down a new path that values planetary healing and prioritizes the intergenerational transfer of nature.

We need to act soon. Just last year, the International Union for Conservation of Nature released the Abu Dhabi Call for Global Species Conservation Action. The call appeals to halt the decline of wildlife and prevent human-driven extinctions by 2030, and to improve the conservation status and ensure the recovery of threatened species by 2050.

Saving our all-Canadian wildlife is just one part of the conservation puzzle that future generations need us to solve. Supporting private land conservation can help leverage funding from the federal Natural Heritage Conservation Program and protect important habitats. It’s a critical first step. There is no plan B for these Canadian species. The consequence of our failure will be their extinction.

If every country committed to conserving their nationally endemic wildlife, it would be a great leap forward in stopping global extinctions. The world could do it. And it could start in Canada.