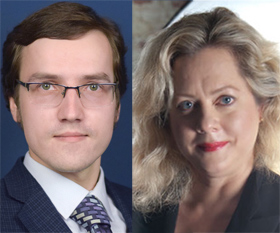 Now is the time for bold ideas and initiatives to recover our national and world economies, but that should not mean government picking business winners.

Appropriate temporary public measures to help those in most need, such as providing short term relief and opportunities to people who lost everything during the lockdown period are very important, yet, when it comes to long term economic processes, the market can best recover if the entrepreneurs are left to themselves to adapt and find new ways to generate wealth and create new jobs.

Governments can establish good conditions for our free markets with important regulations which protect property rights, punish fraud and corruption, and make it safe and easy to operate and work for a business.

However, the state should not be rewarding some companies over others, get involved in running or controlling businesses itself, or try to regulate prices, production or other economic activities in order to help the economy recover. This approach never worked in history, and there is no reason to believe it will work now.

As a country and around the world, we can’t expect to recover quickly. It will be an uneven recovery as some businesses are booming right now, and other businesses may never recover to pre-pandemic levels.

No government committee could have predicted a year ago that in 2020 companies making floor decals, plexiglass, sanitizing materials, or developing teleconferencing software would flourish right now. Or that restaurants and barbershops would be closed down and suffer big losses this year.

The free market, and thus the jobs and the wealth it generates, is like a complex living organism that continuously adapts and mutates to survive and flourish in the ever-changing conditions. The factors that affect its development and growth (or shrinking) are numerous and depend on a vast array and combinations of contingent and unpredictable circumstances that are just impossible for even a most powerful government committee to foresee.

Each significant change of circumstances makes some professions or businesses go under, yet sets the stage for a whole range of new ones. Such changes are continuous and frequent, and in fact most of the time do not result from a disaster like the current pandemic, but more often from the regular course of innovation and development. Because of the many technological inventions of the 19th and the 20th centuries, for example, blacksmiths, chimneysweeps, manual textile manufactures, and many types of artisans were no longer needed. Yet, a wide variety of new professions that were in high demand emerged, such as mechanics, engineers, computer scientists and industrial machinery operators.

The result of all these changes saw our Canadian, as well as the global economy, reach unprecedented levels of prosperity. The buying power of the middle and lower classes increased dramatically, poverty reduced, and living standards increased.

These economic changes were not implemented or planned by the government. New types of businesses came about due to the efforts and inventiveness of individual entrepreneurs. Each trying their best and competing against the other, they continually improved and adapted to rapidly changing technology and consumer needs.

To recover from the current economic shutdown, we need to stop hoping that the government can somehow magically create more jobs and establish new successful businesses by trying to run the economy and by picking which businesses should get support and which shouldn’t.

One example is corporate welfare, when the government bails out failing corporations, not only during times of recessions, but also when a company becomes unprofitable or non-competitive for other reasons, such as mismanagement or changes in global technological or economic trends. Although subsidizing such companies helps the politicians boost their popularity, as they are seen as saving jobs and helping keep the business in operation, in the long term such acts are only detrimental to the economy. More often than not, the failing companies become dependent upon government handouts and lose the stimulus for innovation and reform, becoming less and less competitive and profitable. Such companies stop generating wealth, but only consume it.

Another example is government subsidizing any specific type of business for political reasons. Beginning in 2006, the government of Ontario under the Liberal Party started subsidizing wind and solar energy corporations and signed several expensive contracts with such companies, including Samsung, at the time when the province already had an oversupply of electricity.  Between 2006 and 2015, about $1.92B was paid in subsidies, with only 11 companies receiving 90% of this money. The wind power they generated turned out to be highly inefficient and expensive, and the contracts were cancelled by the next government.  According to the Ontario auditor general, as a result of these incentive subsidies and deals, between 2006 and 2014 Ontarians paid $9.2 billion more than necessary in electricity bills.

One example mentioned often today is from the US in the Great Depression: President Roosevelt’s New Deal program. While some of the policies of the program were successful at providing temporary employment and relief to the vast numbers of the unemployed, and some of its social policies were important for other reasons, many of the economic regulations that the program included significantly hindered the recovery of the economy and of the private sector. The National Recovery Administration (NRA) and the Agricultural Adjustment Administration (AAA) which discouraged competition, established minimum wages and attempted to restrict production, had negative impacts on economic growth and thus on the employment rates (in 1939 the unemployment rate was still close to 20%). We can learn from this example and not replicate the mistakes.

While WWII provided a great number of jobs associated with the war effort, this employment was temporary in nature, as it depended upon the government’s war related needs. After the war, the US Congress rejected President Harry Truman’s proposal to implement another set of New Deal policies which included increased government spending and reliance on expansion of the public sector to provide employment. Instead, Congress passed the Revenue Act of 1945, which significantly cut taxes, including corporate taxes, and repealed a number FDR’s restrictive regulations. As a result, businesses began to flourish and the country soon entered a period of economic prosperity.

At that point in history, the economic recession wasn’t resolved by government spending and regulations, nor by WWII. It was the free market and private enterprise that finally brought the country back into prosperity.

The most helpful policy the government can implement is to create conditions where businesses and innovation can flourish, which includes reducing red tape and corporate taxes, and ensuring protection of property rights.

It is not the government that we should expect to lead us back to prosperity, but our innovators and entrepreneurs.

We have tremendous know-how and drive in the people who make up our communities. Let’s not hold them back, but create the conditions for them to thrive while the pandemic plays out, and long after.