Civil servants to get up to $2,500 each for Phoenix ‘pain and suffering’ 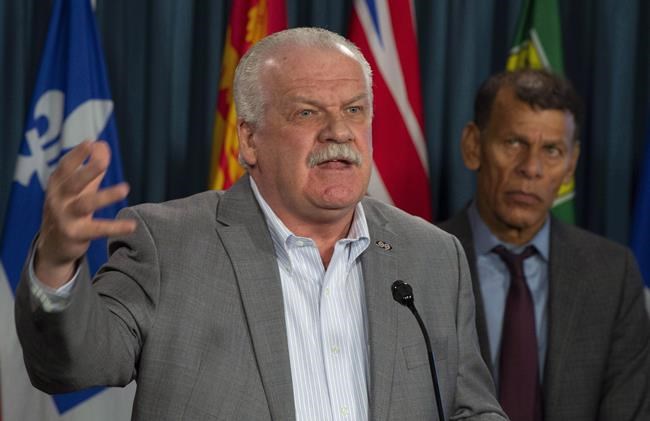 OTTAWA — Federal employees stand to collect up to $2,500 each in cash payments for "pain and suffering" resulting from the government's failed Phoenix pay system under an agreement reached with the country's biggest civil-service union.

The settlement comes as government workers scramble to get emergency benefits out to individual Canadians and businesses affected by the economic crisis that has flowed from the COVID-19 pandemic.

The lump-sum payments are contained in a side deal reached late Thursday alongside a tentative contract settlement for about 70,000 civil servants that includes average annual wage increases of 2.11 per cent over a three-year term.

The Public Service Alliance of Canada said the payments are compensation for the problems caused to federal workers by the broken Phoenix pay system, which created underpayments, overpayments or in some cases no pay cheques for tens of thousands of government employees.

"After four years of stress, uncertainty, and financial hardships because their employer couldn't pay them correctly or on time, our members will finally be compensated for the Phoenix pay disaster," PSAC national president Chris Aylward said in a statement.

The compensation agreement affects about 140,000 PSAC members but could also affect members of other unions that last year agreed to compensation of five days of cashable leave.

The other unions may benefit from the PSAC deal, however, because their agreements included clauses that would provide their members with compensation equal to whatever PSAC was able to negotiate.

The PSAC agreement, which does not require ratification by its members, would see general damages paid to federal public service employees working for a range of government departments between 2016 and 2020.

It also includes compensation for the late implementation of collective agreements during those years caused by the Phoenix pay system.

Beyond the lump sum, government employees who suffered severe losses due to the Phoenix pay system, such as losing their homes, cars or investments, or who had their credit ratings harmed, can claim damages.

When conceived in 2009, the Phoenix system was supposed to streamline the public service payroll and save taxpayers more than $70 million annually.

But after its launch in 2016, more than half of civil servants experienced pay problems, forcing the government to hire extra staff and set up satellite pay centres across the country in an effort to chip away at problem cases.

As of June 24, the backlog of problem files had been reduced to 125,000 financial transactions beyond normal workload, according to the public service pay centre dashboard, which tracks pay issues.

The most recent estimated cost of stabilizing Phoenix was pegged at more than $1 billion, not including the amount it will take to create, test and launch a new pay system that works.

Separately, PSAC and the Treasury Board Secretariat, which is responsible for negotiating contracts with federal employees, said they had reached a tentative settlement late Thursday for about half of PSAC's members.

The tentative agreement applies to close to 84,000 federal employees, including non-unionized workers, according to Treasury Board.

It also contains new provisions for caregiver leave, extended parental leave, and up to 10 days of domestic violence leave.

Details on when a ratification vote will be held are expected next week.

This report by The Canadian Press was first published July 10, 2020.