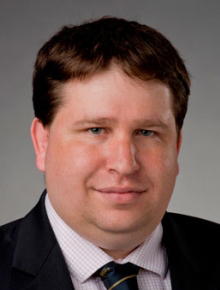 The Kenney government in Alberta recently announced plans to help encourage economic recovery and growth the province, including a plan to accelerate corporate income tax (CIT) reductions that were already in the works. Simply put, the CIT rate will drop from 10 per cent to 8 per cent immediately instead of gradually over the next two years.

Critics have characterized this move as a “handout to the rich.” However, a look at the evidence about who actually bears the burden of the CIT paints a much more nuanced picture.

In reality, the CIT burden is spread out across the income spectrum much more than critics realize because there’s strong evidence that over time businesses respond to increased tax burdens by slowing the rate of growth in wages for their employees.

Indeed, one recent study (by professors Kenneth McKenzie of the University of Calgary and Ergete Ferede of MacEwan University) shows that for every dollar of government revenue raised by the CIT, the aggregate wages of all workers in Alberta falls by $1.52. Put another way, a two percentage point increase in Alberta’s CIT reduces labour earnings for an average two-earner household by more than $800 per year.

In short, a higher CIT doesn’t just impose costs on people who own corporations, but also people who work for them. As such, Alberta’s accelerated CIT reduction will benefit Albertans throughout a large share of the income distribution—not just “the rich.”

The evidence also supports the Kenney government’s claim that accelerating CIT reductions will help encourage job creation and income growth in the province, largely because reduced CIT rates help increase investment. Increased job creation—compared to what would have happened otherwise—is another effect of CIT reductions that obviously benefits a wide range of Albertans and not just those with higher incomes.

Of course, CIT rates are just one factor businesses and entrepreneurs consider when deciding where to invest and how much. So it’s a mistake to think accelerating the already-planned CIT reduction is a panacea for the many economic challenges Alberta faces. Still, the evidence shows the reductions will help increase the province’s chances of a strong recovery.

As Alberta, and indeed the rest of Canada, looks to recover from a series of economic blows, public debate about various policy options should be informed by data and evidence, not misleading populist talking points. While critics will continue to claim CIT reductions only benefit “the rich,” in reality the reductions will help encourage job creation and wage growth, two things we need a lot more of, perhaps now more than ever.

Ben Eisen is a senior fellow with the Fraser Institute’s Alberta Prosperity Initiative.