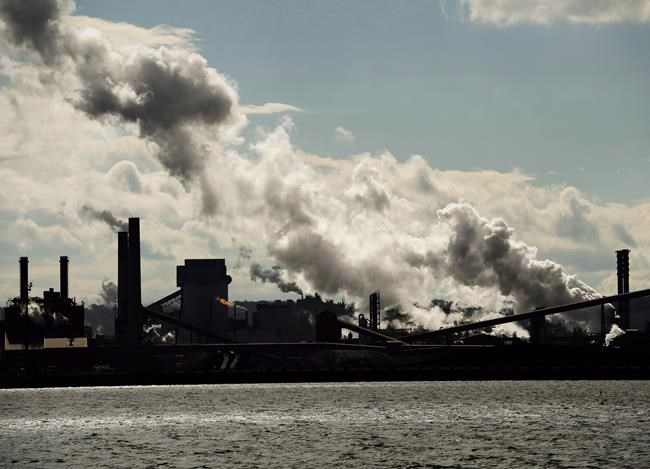 OTTAWA — Federal energy and environment officials were warned in late April that Canada's clean-tech sector was in danger as COVID-19 knocked the bottom out of the industry.

Three months later, a new policy tracker on energy investments made by G20 countries finds Ottawa and the provinces have put very little on the table to help clean-tech companies directly, while targeting fossil-fuel producers with more than $16 billion in aid.

Keith Stewart, a senior energy strategist at Greenpeace Canada, said the federal government has been "completely captured by the oil industry."

"They just don't understand how the world is changing," he said.

Documents prepared for Natural Resources Canada deputy minister Christyne Tremblay ahead of an April 20 meeting, and obtained through an access to information request, show just a few weeks into the pandemic the government was already well aware that COVID-19 was wreaking havoc right across the energy sector, including fossil fuels and renewables.

Tremblay's notes for the meeting say that global energy demand had collapsed, posing big problems for the Canadian economy.

"This will challenge Canada's climate and energy transformation agendas," the document reads.

Stewart said that doesn't have to be true if the federal government makes sure its COVID-19 economic stimulus programs focus on policies to move those agendas forward.

An attached presentation deck from Tremblay's department outlines the impacts, including the collapse in oil prices, plummeting demand for both oil and electricity, and a clean-tech industry being brought to its knees.

Canada's clean-tech industry was a moderate success story before COVID-19, with more than 300,000 jobs and, in 2018, an economic value of about $66 billion, about three per cent of Canada's GDP.

Clean tech includes everything from renewable electricity generation, like wind and solar installations, to recycling technology, electric cars and their charging infrastructure, biofuels and a long list of manufacturing technologies that reduce the carbon footprints of existing industries.

It is heavily dominated by start-up enterprises and those in the research and development phase that are heavily reliant on capital investments. The onset of the pandemic threw ice water on those investments, including from the oil and gas sector itself as its own revenues dried up.

The report says the clean-tech industry was "signalling a potential extinction-level event" as revenues fell and jobs disappeared. It says a survey of clean-tech firms showed a "dramatic decline" in the demand for their products, serious disruptions to supply chains affecting production lines, and estimates that revenues would fall 57 per cent and jobs 52 per cent compared to 2019.

Merran Smith, the executive director of Clean Energy Canada, said the government has to ensure this sector's survival by making sure it is a big part of the COVID-19 recovery stimulus programs. She said that doesn't mean investing just in things that generate clean power, like wind and solar farms and technology, but also in promoting the use of cleaner power, such as by electrifying cars and public transportation.

That has been a constant refrain from environment organizations across Canada in recent months. But there is growing frustration that the government keeps saying it will happen and yet hasn't actually done anything to back that up.

The Winnipeg-based International Institute for Sustainable Development contributed to a new international energy-policy tracker, released Wednesday, which counted all the investments made by G20 countries in energy —  both fossil fuels and clean energy — since Jan. 1. Across the G20, about $201 billion has been earmarked for fossil-fuel industries, and $119 billion for clean energy.

In Canada, the difference between the two is much more stark, with $16 billion put down to support the oil and gas industries, compared with $300 million for clean energy. That includes Alberta's $1.5 billion equity investment and the $6-billion loan guarantee for the Keystone XL pipeline, and Ottawa's $750 million to help fossil-fuel companies cut methane emissions.

Companies in both sectors could potentially qualify for COVID-19 aid programs like the wage subsidy, and various loan offerings to small, medium and big businesses. The government has not yet been able to provide figures for which companies received the wage subsidy, broken down by industry.

Vanessa Corkal, an energy policy analyst at the sustainable-development institute, said she hopes the government sees these comparisons and uses them to guide its next steps in the COVID-19 recovery.

Ian Cameron, a spokesman for Natural Resources Minister Seamus O'Regan, said the government remains committed to its election promises to exceed the 2030 Paris climate agreement targets and get Canada to net-zero emissions by 2050. That means any greenhouse-gas emissions still produced then would be balanced by either natural or artificial absorption methods.

"We've brought in the strongest environmental plan in Canadian history, and we're also taking action by investing in renewable energy, smart grids, and energy efficiency, all while making our traditional resource industries more sustainable than ever," he said.

This report by The Canadian Press was first published July 15, 2020.