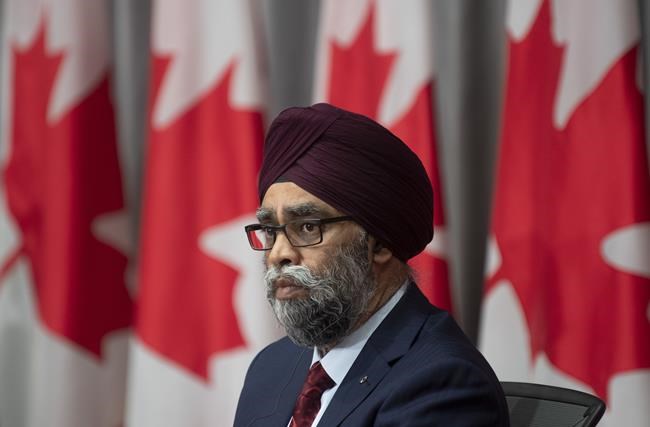 OTTAWA — Information commissioner Caroline Maynard says she uncovered "evidence of the possible commission of an offence" related to the processing of an Access to Information request related to now-retired Vice-Admiral Mark Norman.

In a report presented Wednesday to Parliament, Maynard said she passed the finding to Attorney General David Lametti in February of last year, since she does not have the authority to investigate such offences.

In turn, Lametti's office handed the file to the Public Prosecution Service of Canada, given the concern related to the possible investigation and prosecution of an offence under federal legislation.

The prosecution service said Wednesday it brought the matter to the attention of the RCMP.

"We understand that the investigation was referred by them to the Ontario Provincial Police to avoid the appearance of a conflict of interest," said Nathalie Houle, a spokeswoman for the prosecution service.

In addition, also to avoid the appearance of a conflict, federal prosecutors asked the Alberta Prosecution Service to provide any required prosecution-related advice, Houle said.

Norman, a vice-admiral who served as the military's second-in-command, was charged with breach of trust in 2018 following a two-year criminal investigation into the alleged disclosure of classified government information. Fresh evidence led to the charge being stayed last year.

Serious allegations made during pre-trial hearings for Norman helped spark Maynard's decision to conduct a systemic probe of how National Defence handles Access to Information requests.

The evidence concerning a possible offence related to a request about Norman surfaced during the systemic examination, Maynard said.

Overall, she found Defence did not meet its obligations under the Access to Information Act because of dated or inefficient practices.

The access law allows people who pay $5 to request an array of federal files but it has been widely criticized as outdated, clumsy and often poorly administered.

Maynard says Defence Minister Harjit Sajjan and his deputy minister are now aware of some of the tools and practices needed to support and deliver on their responsibilities.

She says these leaders should champion a new approach and adopt the recommended methods to make necessary changes, saying Canadians expect as much.

Maynard says her probe also shows that all federal institutions must follow sound information-management practices and make smart use of technology to meet their responsibilities under the access law.

"As the government begins to recover from the impact on operations of the pandemic, and looks to how it will work in the future, my findings should have added relevance to institutions across government."

This report by The Canadian Press was first published July 22, 2020.