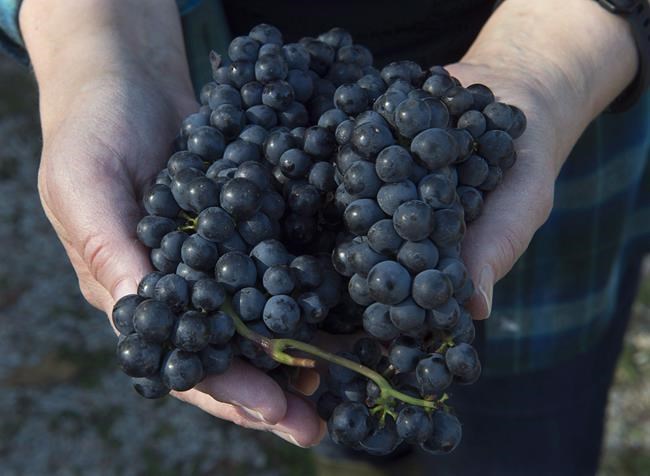 Government has promised to help the growers and vintners.

Ottawa—Canada and Australia have agreed to end a dispute at the World Trade Organization over protection for 100 per cent Canadian wines but it will take up to two years before the industry learns what compensation or assistance it could receive.

Under the agreement to the long running dispute announced July 27, Canada has two years to repeal excise duty exemption for 100 per cent domestic produced wine. Wine Grower of Canada (WGC) said the deal provides double the time that would have been made available under a WTO ruling Australia was pushing for.

WGC has pressed Ottawa to provide financial compensation for the loss of the duty exemption as well as increased market access by foreign wines along the lines of what is supposed to be provided to the dairy and poultry sectors in response to the lost market share under the European, Pacific and new North American trade deals. The sector has also been looking for financial assistance in coping with the COVID-19 pandemic.

Finance Minister Bill Morneau and other cabinet ministers have said the government is actively investigating options that align with Canada’s international trade obligations, with a view to ensuring the long-term success of the industry.

Over the period 2006-2018, the excise exemption has supported investment in more than 400 new wineries and 300 winery modernizations, stimulating 40 million litres of 100 per cent Canadian wine sales growth, WGC said. The loss of the exemption will impose an excise tax that adds a new tax burden on every Canadian wine grower. “With already slim margins, the excise tax burden threatens the profitability and ultimate survival of wineries across Canada.”

Trade Minister Mary Ng said Canada reached a deal with Australia as part of “its strong commitment to the rules-based international trading system, which is incredibly important for our businesses during these challenging times.”

“Canada’s objective throughout this process has been to ensure a competitive Canadian wine industry. The Government of Canada appreciates the collaboration of provincial partners and the wine industry in helping to resolve the issue. Canada will continue to work with provincial governments and the domestic wine industry to seek further progress with Australia on this issue.”

As part of the deal, the Ontario government is committed to eliminate the tax difference between Ontario wine and non-Ontario wine sold in off-site winery retail stores, including wine boutiques during the next three years from the date this understanding takes effect. In furtherance of this commitment, the government will introduce legislation in Ontario’s Legislative Assembly to eliminate the tax difference, and fully support its passage.

It is also supposed to amend the definition of small winery to increase the annual worldwide sales threshold from 200,000 litres to no less than 375,000 litres, to reduce the amount of dedicated shelf space from 50 per cent to no more than 40 within three years.

The federal government is to provide progress reports on meetings Canadian commitments every six months.