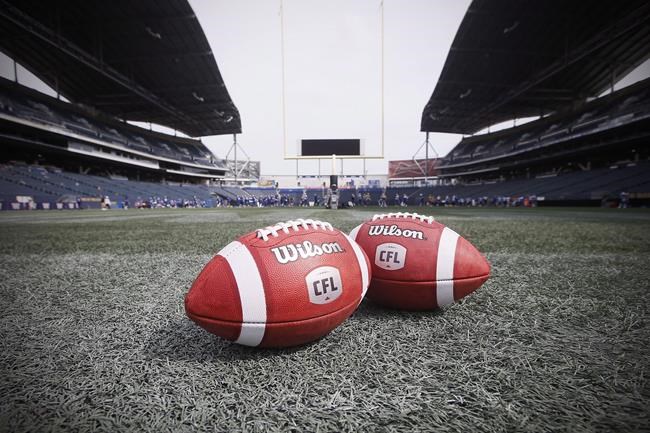 TORONTO — The CFL is making a last-ditch effort at securing funding from the federal government.

Two sources with knowledge of the situation said Monday the league is now talking with the government about a $30-million, interest-free loan. The league feels it needs financial support from Ottawa to stage an abbreviated 2020 season during the COVID-19 pandemic.

The sources said the newest request came after communication between the federal government and unspecified CFL owners. The sources spoke on the condition of anonymity because neither the league nor federal officials have publicly divulged potential funding details.

The $30-million request is a reduction from the $44-million amended request the league presented last month. In April, the CFL approached the federal government for up to $150 million in assistance due to the COVID-19 pandemic.

Commissioner Randy Ambrosie has stated the earliest an abbreviated season could begin is early next month. But he's also stated a cancelled campaign remains a possibility.

The CFL didn't immediately respond to a request for comment.

The $30-million request comes after the league had exhausted specified loan discussions with the Business Development Bank of Canada (BDC) and Export Development Canada (EDC), both crown corporations.

But sources had told The Canadian Press the BDC was not a funding option because the bank and the league couldn't agree on loan terms.

That left the CFL to approach its primary financial institution to examine the Business Credit Availability Program (BCAP), with assistance from EDC.

Again, though, the CFL couldn't come to an agreement on terms.

So now, any CFL-specific assistance will ultimately be decided by the federal government. A specified repayment plan still needs to be finalized and Ottawa wants to know what health-and-safety protocols the league would implement in order to ensure wellness during a shortened season.

Previously, Heritage Canada was attempting to handle the CFL's requests in conjunction with the provinces. But with the league needing an answer in the next couple of weeks, other opportunities had to be examined.

The CFL continues to meet with the CFL Players' Association about amending the current collective bargaining agreement to allow for an abbreviated season. The league originally set July 24 as the deadline for CBA amendments, an extension of the deal past its 2021 expiry, federal funding and health-and-safety protocols.

That deadline came and went without an agreement. But while the CFL has extended the cutoff date, it hasn't publicly announced a new one.

Time is of the essence if there's is any chance of starting a season in September in Winnipeg, the league's tentative hub city.

The CFL says it needs financial assistance to hold a shortened season. Ambrosie has said the league collectively lost upwards of $20 million last season and its nine teams have had little to no opportunity to generate revenue due to the pandemic.

The CFL is a gate-driven league, with ticket sales being the primary source of revenue for all franchises.

This report by The Canadian Press was first published Aug. 3, 2020.