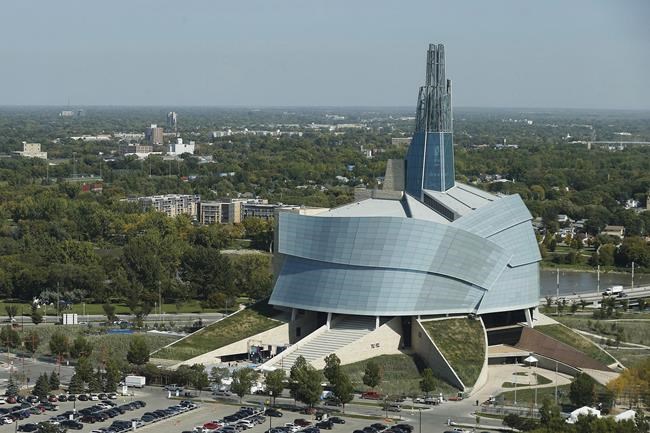 WINNIPEG — Leadership at the Canadian Museum for Human Rights is apologizing after an independent report said systemic racism and other mistreatment is pervasive at the Winnipeg institution.

"I apologize that it took a public crisis for the organization to seriously reflect on the issues of systemic racism, homophobia and other forms of oppression," said Pauline Rafferty, the museum's board chair and interim CEO.

The third-party report reviewed allegations of racism, homophobia and censorship by current and former employees. The museum closed Wednesday and Thursday to give staff an opportunity to review the report.

Employees also wrote about having to censor displays about LGBTQ history at the request of some school groups who visited the museum.

The stories led to the resignation of former CEO John Young, the formation of a diversity and inclusion committee and the external review.

Winnipeg lawyer Laurelle Harris conducted the review and her report found racism is systemic at the museum in its employment practices, policies and in the actions of employees. The report said the racism had a negative physical, emotional and financial impact on employees who are Black, Indigenous and other people of colour. Harris also found instances of sexism and homophobia.

The report said staff who worked directly with the public were extremely diverse. But the vast majority of management was white and heterosexual and that created a "cultural schism," with upper level managers less attuned to the impact of race, sex and gender identity.

Many staff members reported that "there was a tendency on the part of management to treat the museum as a profit-oriented corporation having its primary focus on revenue generation to the exclusion of organizational health and the fulfilment of its mandate," the report said.

It said some employees indicated Black, Indigenous and other people of colour were passed over repeatedly for promotions. There were examples of microaggressions and differential enforcement of the museum's dress code.

There were issues of employees of colour facing racism from the public.

No action was taken when racism from visitors was reported. When issues were raised, some employees said their employment was threatened.

The report includes 44 recommendations. The museum's board is acting on some of them immediately, including a requirement for board trustees to take part in anti-racist education and screening policies for possible bias, said Rafferty. It has dedicated $250,000 for training that will start immediately.

The museum will also create a senior role focused on diversity and inclusion. And the museum's leadership will focus on hiring practices and workplace culture, Rafferty said.

CMHR Stop Lying co-founder Julie White, who is Metis and Anishinaabe, said in an online message that the museum has not contacted the group for information, discussion or to offer an apology.

"Any apology that has been released from former or current executives and board members have not been directed to us," she said.

In a video on Instagram, she added that employees will not get validation from the report and do not need it.

Rafferty said it is important to get feedback from employees as the museum takes action. There must also be a change to the makeup of those in power.

"In all areas, we have to have diverse voices being raised," she said. "That includes at the management table."

The museum expects to announce a new CEO in the coming weeks.

Rafferty said a human rights museum must be held to the highest standard.

"There is an expectation that the Canadian Museum for Human Rights will be a leader and we have to build back public trust to make us a leader again."

This report by The Canadian Press was first published Aug. 5, 2020