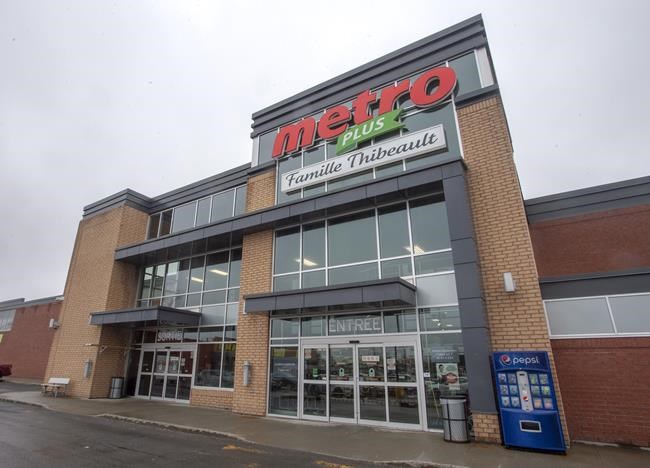 MONTREAL, Ont. — Metro Inc. said Wednesday it had a $263.5-million profit in its latest quarter, up from $222.4 million a year ago, with sales up more than 10 per cent as more Canadians cooked at home due to the pandemic.

The grocery retailer, which owns the Jean Coutu pharmacy group, said the profit amounted to $1.04 per share for the 16-week period ended July 4, up from 86 cents per share a year ago.

"We delivered solid results in the third quarter, driven by the strong sales growth," he said in a statement Wednesday.

On an adjusted basis, Metro said it earned $1.08 per share for what was the company's third quarter, up from an adjusted profit of 90 cents per share a year ago.

Analysts on average had expected an adjusted profit of $1.07 per share, according to financial markets data firm Refinitiv.

In its outlook, Metro said it was impossible to predict how long the pandemic will continue or what it would mean for long-term shopping patterns.

However, in the short-term, it expected food revenues would continue to grow at higher-than-normal rates compared with last year as Canadians shift spending from restaurants to groceries.

"In the first four weeks of our fourth quarter, food same store sales increased about 10 per cent versus last year.

"On the pharmacy side, in the first four weeks of our fourth quarter, front-end same store sales increased over six per cent."

Companies in this story: (TSX:MRU)