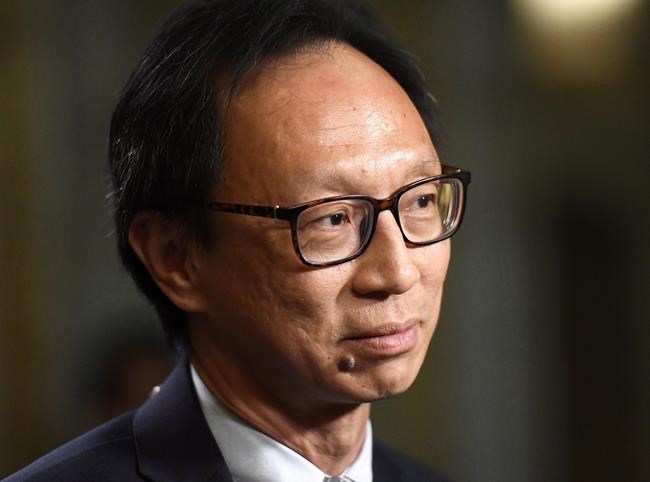 VICTORIA — Senator Yuen Pau Woo is advocating for an experimental basic income program at the provincial level, citing the complications to the employment insurance program after the end of the Canada Emergency Response Benefit.

Woo, who spoke at a webinar about resetting the financial sector hosted by the University of Victoria, says that a basic income program could be a solution to income inequality stemming from the COVID-19 pandemic and economic downturn.

While estimates of a basic income solution would require “a lot of money,” the updated employment insurance system would be complicated for many Canadians due to a patchwork of social security measures, the independent senator says.

Woo told the audience that despite concerns about sovereign debt, with borrowing costs low, now is not the time for the Canadian government to take its foot off the pedal.

Paul Beaudry, a deputy governor of the Bank of Canada who also spoke on the panel, said the central bank is watching how its policies to address income inequality and unequal patterns of consumption will affect the distribution of wealth in the country.

This report by The Canadian Press was first published Aug. 20, 2020.