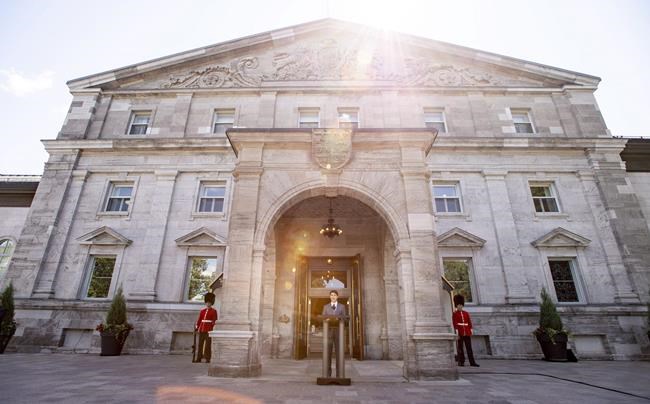 OTTAWA — The Liberal government wants to create an "inventory" of Black, Indigenous and other racialized people who could play high-ranking roles in the federal public service.

It is looking for an executive search firm to create and maintain the list of candidates from minority groups, as well as people with disabilities, who could be considered for deputy minister and assistant deputy minister positions.

Details of the planned database are contained in a request for proposals posted on the federal government's procurement and public tenders website.

They were first reported by the True North Centre for Public Policy on its news site.

The call for the staffing consultant to do this work was put out by the Privy Council Office, a bureaucratic operation that supports the prime minister and cabinet.

The request for proposals does not disclose how much the contract will cost.

"The federal public service is stronger and most effective when it reflects the diversity of the Canadians it serves," says the request for proposals.

"While progress has been made in recent years to achieve gender parity in the senior leadership community, there is more progress to be made in increasing representation of Black people and other racialized groups, Indigenous people, as well as persons with disabilities."

Ordinarily, public servants rise through the ranks before attaining the most senior executive posts of deputy minister and assistant deputy minister.

However, the Employment Equity Act, which applies to federally regulated industries, Crown corporations and some portions of the federal public service, designates women, Indigenous Peoples, other visible minorities and people with disabilities as groups requiring special measures to overcome barriers to employment.

According to an analysis by Andrew Griffith, a former director general at the Immigration Department, in the October 2017 issue of Policy Options, less than four per cent of executive positions in the federal public service were Indigenous and less than 10 per cent were other visible minorities.

Caroline Xavier is the only Black assistant deputy minister, appointed in February at Immigration, Refugees and Citizenship Canada.

The winning bidder will be required to update the list every two months.

This report by The Canadian Press was first published Aug. 27, 2020.