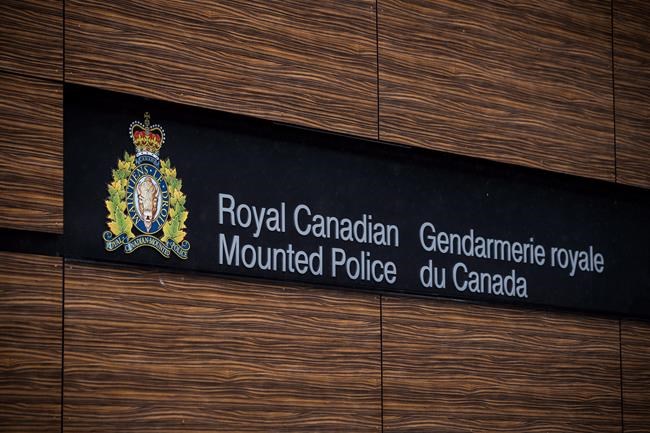 OTTAWA — The RCMP says it is addressing "lessons learned" from the force's handling of employee complaints about bullying by a senior director who now awaits trial on national-security charges.

The Mounties asked consultant Alphonse MacNeil to examine the RCMP's response to allegations that Cameron Jay Ortis, who led the force's National Intelligence Co-ordination Centre, engaged in degrading and abusive behaviour from 2016 onward.

Ortis made international headlines one year ago upon being charged under the Security of Information Act for allegedly revealing secrets to an unnamed recipient and planning to give additional classified information to an unspecified foreign entity.

MacNeil's review, completed earlier this year, has just come to light through a lawsuit filed by three employees who describe miserable experiences working for Ortis. The employees say the RCMP failed to act on complaints that Ortis belittled them, undermined their value and work, and caused significant distress and mental suffering.

MacNeil interviewed close to 60 people, including senior RCMP leaders past and present, and reviewed policies and procedures to determine if they were adequate, said Catherine Fortin, an RCMP spokeswoman.

"The objective was to document findings, and identify lessons learned to inform policies and practices going forward," she said Tuesday in response to questions from The Canadian Press.

The Mounties have not publicly released MacNeil's report.

However, a statement of claim filed in Ontario Superior Court by the three employees says MacNeil concluded that a failure in leadership occurred at all levels of senior management in the handling of the concerns and complaints about Ortis.

The lawsuit, citing a redacted version of the MacNeil report provided to the plaintiffs in late June, says the consultant also found:

— the failure in leadership reflected a lack of concern or consideration for the experiences of, and potential long-term impacts on, intelligence centre employees;

— senior management failed to act despite being made aware of Ortis's behaviour;

— a need to more carefully screen who is placed in leadership positions;

— the harassment complaint system is significantly flawed, ineffective, and "as it stands today is not serving the RCMP well";

— the internal grievance system "as it exists today in the RCMP is broken," does not work for the employee or the organization, creates "a feeling of insecurity and lack of confidence in the organization," and "is not effective and is not achieving the desired outcome";

— the intelligence centre employees affected by Ortis's conduct have experienced, and continue to deal with, harm and damages flowing from his behaviour and the force's inaction.

Fortin said while the RCMP cannot comment on matters before the court, there is no room for harassment in the force, and "a management action plan" is in the works to address MacNeil's findings.

The statement of claim filed in court, however, says the RCMP continues to fail to act on employee concerns.

"With the exception of vague references to providing some amorphous future training to affected employees, the RCMP has taken no action, nor provided any particulars of planned action, in response to the concrete findings and recommendations of the MacNeil report."

Blair's office said he was unavailable for an interview, and provided no information on what he was doing about the case.

"Canada's intelligence and security agencies work tirelessly to protect the safety of Canadians, and all employees deserve to be treated with respect," said Craig MacBride, a spokesman for Blair.

"We remain committed to taking whatever action is necessary to ensure the RCMP is free from workplace harassment and discrimination."

This report by The Canadian Press was first published Sept. 1, 2020.