Sites to be commemorated: Residential schools recognized as ‘historic event’ 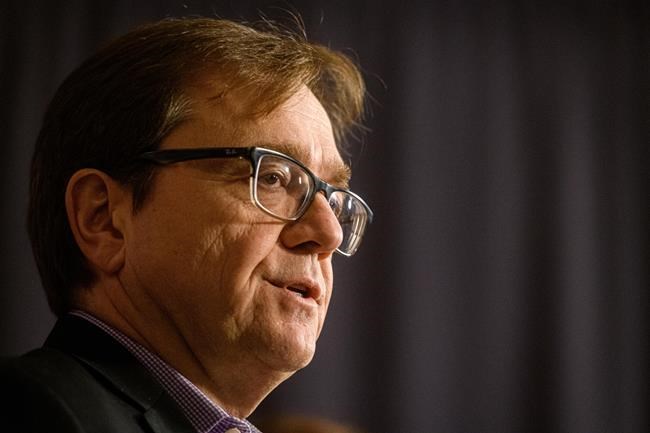 They blighted Indigenous lives for more than a century. Now their creation is being formally recognized as one of the events that helped shape today's Canada.

The federal government has put residential schools on the official roster of National Historic Events. Two of the schools, one in Nova Scotia and one in Manitoba, have been named National Historic Sites — the first in Canada to be so marked.

"Telling history is not just about telling the good things," said federal Environment Minister Jonathan Wilkinson, who is also responsible for historic sites and monuments.

"It's also about telling the more challenging things — commemorating and understanding history. It's not about celebrating."

The schools, which ran from the 1870s to the 1990s, join a list of 491 other significant Canadian historical events. It's about time they were added to a list which mentions both the Calgary Stampede and the Montreal Canadiens, said Ry Moran of the National Centre for Truth and Reconciliation at the University of Manitoba.

"There has been a severe under-representation of Indigenous places, events, people and sites recognized by the Historic Sites and Monuments Board." he said.

"It's essential that something as

important as the residential schools be recognized."

Doing so was one of the recommendations from the Truth and Reconciliation Commission. More such designations may be coming, said Wilkinson.

"It's certainly the beginning."

One of the two designated schools is on the land of the Long Plain First Nation near Portage la Prairie, Man.

"They have great historic significance to all Canadians," said Chief Dennis Meeches, whose mother, father and grandfather all attended the school. "It's sacred and hallowed ground."

The First Nation owns the school, which houses offices and a small residential school museum. A memorial garden and statue is planned.

Meeches said the band would like to create a national museum on the site.

"(When it comes to) historic sites of Indigenous people, there's a lot of mistruths — even in the history books. We have a lot of work to do."

The second designated school in Shubenacadie, N.S., was torn down long ago and a plastics factory sits where it stood. But it's not forgotten, said survivor Doreen Bernard.

"My grandmother, my parents, their siblings and me and my siblings all went," she said. "We went through a lot there.

"What we lost — our language, our traditional education, a lot of the things that would normally be passed down in our culture — we're still trying to gain back. I'm still working on those things."

A plaque on the site where those losses occurred will preserve their memory, she said.

"It's really important that this place is marked."

The recognition Tuesday comes days after a statue of Sir John A. Macdonald, Canada's first prime minister and one of the originators of residential schools, was torn down in Montreal.

"I don't believe vandalism is ever the right way to have important discussions and debates," Wilkinson said. "We need to be able to tell our history.

"I do understand the frustration ... I think there is a level of frustration about ... the way in which we have typically gone about commemorating history through a very narrow lens."

Moran sees a relationship between the two events.

"When we see John A. MacDonald's statue defaced or toppled, we have to recognize that as an effort being made by people to bring other elements of his history to light, to rectify the unequal telling of how we've presented these historical leaders."

Tuesday's announcement is the start of a new balance, Moran suggested, but there's a long way to go.

"There is an awful lot of work that we have to do in order to better explain and understand our history."

This report by The Canadian Press was first published Sept. 1, 2020