Economic freedom on the wane worldwide 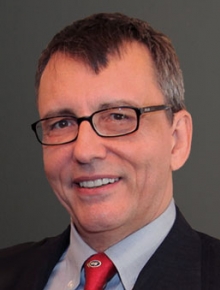 Two troubling questions lurk behind the results of the Fraser Institute’s 2020 Economic Freedom of the World report, released Sept. 10.

This year’s report is based on 2018 data (the most recent available). By 2018, global economic freedom had recovered from the 2008 financial crisis and was at its highest level ever, albeit by just a bit. Canada was among the top 10 economically-free countries. Hong Kong was number one—where it’s been since the first ranking was released in 1970.

But now, all this is under threat. The policy response to COVID has put more and more of the global economy into government hands, threatening economic freedom globally and in Canada. And Hong Kong is now thoroughly under the thumb of the freedom-hating Chinese Communist Party (CCP).

By the time the 2020 data become available for the 2022 report, Hong Kong will almost certainly not rank in the top spot, and economic freedom will likely have declined worldwide.

Economic freedom is the ability of individuals and families to make their own economic decisions free of government or crony control. The report springs from a decade-long research project (from the mid-1980s to the mid-1980s) led by then-Fraser Institute executive director Michael Walker, famed economist Milton Friedman and his wife Rose. It involved 60 of the world’s top scholars, including three Nobel laureates.

This is easy to see. Just look around the world. Countries with free markets help produce good lives for their citizens, even if they started off dirt poor like in Taiwan or South Korea. Meanwhile, formerly rich countries such as Argentina and Venezuela degraded freedom and their people have suffered.

Now consider Hong Kong. It rose from poverty and the devastation of the Second World War, and thrived even while its giant neighbour China lurched into chaos and murderous tyranny. Hong Kong absorbed thousands of refugees from China, Vietnam and other Asian countries, and yet became one of history’s greatest cities—prosperous, open and free.

The COVID crisis represents yet another global threat to economic freedom. Governments everywhere are spending wildly, reducing the space for free exchange while supplanting individual liberty and individual responsibility. Many economists believe that an explosion of spending may have been necessary, but this has become a nuclear spending explosion.

A recent TD analysis of Canadian government finances estimates that the deficit for all levels of government this year will reach $420 billion (or 20 per cent of GDP) and overall debt will equal 85 per cent of GDP.

The situation in the United States may be worse. According to the Congressional Budget Office, the federal deficit alone will reach $3.3 trillion (or 16 per cent of GDP), with debt likely to reach 100 per cent of GDP next year, the largest U.S. debt and deficit since the end of the Second World War.

So how can we get back to something resembling normalcy? As people become used to various subsidy schemes, governments may find it politically difficult to reduce spending back down to where it was, so some may try to maintain spending at a new high level by increasing taxes.

But that becomes a mug’s game, as high taxes not only reduce economic freedom but also have been shown over and over again to stunt economic growth and tax revenues, which can then lead to a vicious cycle of ever-increasing taxes never catching up to revenue needs.

Fred McMahon is a senior fellow at the Fraser Institute.