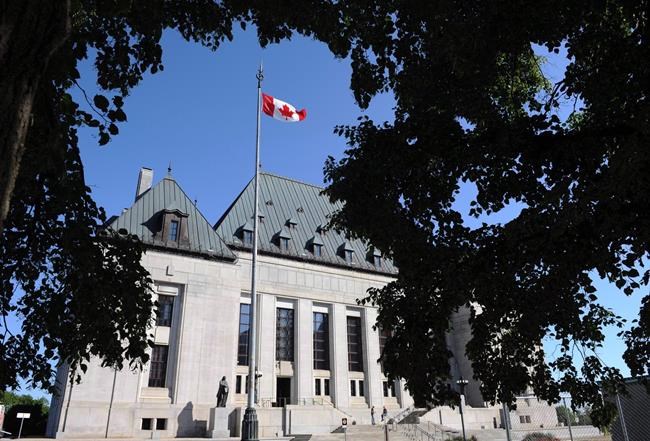 OTTAWA — The ability to express oneself helps create a healthy democracy, the Supreme Court of Canada said Thursday in setting out rules for deciding when a lawsuit has merit or is intended simply to quell participation in matters of public interest.

The detailed guidance came as the high court ruled on two Ontario cases that involved speaking out on issues of public significance.

Strategic lawsuits against public participation — known as SLAPPs — are levied against people or organizations that take a position on an issue, with the aim of limiting their free speech.

In response to a spate of such cases, Ontario, British Columbia and Quebec have enacted laws to curb them. Both matters before the Supreme Court entailed the application of Ontario's Protection of Public Participation Act, which took effect five years ago.

The law places an initial burden on the defendant in a lawsuit to satisfy a judge that the proceeding arises from an expression relating to a matter of public interest, which should be interpreted "in a generous and expansive fashion," Justice Suzanne Cote wrote on behalf of the court.

This inquiry might look to values underlying freedom of expression, such as the search for truth and participation in political decision-making, Cote said. "The closer the expression is to any of these core values, the greater the public interest in protecting it."

In the first case, the court applied its framework for interpreting the law in unanimously deciding a developer's breach-of-contract action shouldn't proceed against a not-for-profit corporation that had opposed a planned subdivision in Sault Ste. Marie, Ont., on environmental grounds.

"Freedom of expression is a fundamental right and value," wrote Cote, adding "the ability to express oneself and engage in the interchange of ideas fosters a pluralistic and healthy democracy by generating fruitful public discourse and corresponding public participation in civil society."

In the second case, the high court ruled 5-4 that a medical doctor's libel case over email remarks by a lawyer could go ahead.

The dispute began when Dr. Howard Platnick was hired in 2014 to help assess a claim related to an auto accident on behalf of an insurer.

Following settlement, Maia Bent, lawyer for a client who claimed serious injury as a result of the accident, posted critical comments about Platnick on an automated email service for members of the Ontario Trial Lawyers Association.

Bent's email was leaked to the media, prompting Platnick to request an apology and retraction, and later to sue Bent and her law firm for libel.

Bent and her firm successfully moved for dismissal of his action on the basis that her communication concerned a matter of public interest, but the Ontario Court of Appeal overturned the decision.

In its ruling Thursday, the Supreme Court said Dr. Platnick "deserves to have his day in court" to potentially vindicate his reputation.

The British Columbia Civil Liberties Association applauded the court's rulings, saying they will help ensure people can address matters of public concern in their community without fear of retaliation.

"These decisions send a powerful message to large corporations and wealthy individuals that they can't bully citizens, activists and non-profit organizations into silence through abusive litigation," said the association's Grace Pastine.

She also urged provinces that do not have anti-SLAPP laws to "get on board."

This report by The Canadian Press was first published Sept. 10, 2020.