‘It was a race against time’: TIFF directors on the rush to finish films in a pandemic 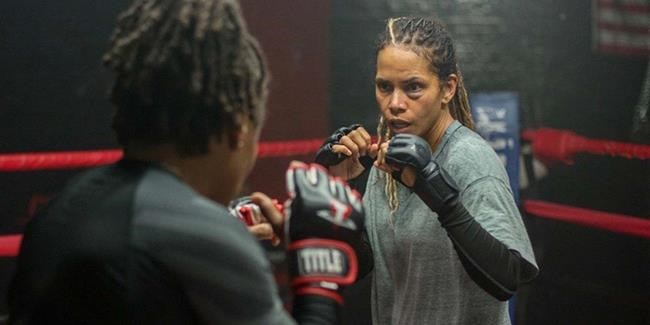 TORONTO — Ask a director when they finished their project for this year's Toronto International Film Festival and a nervous laugh often ensues.

"Yesterday? A week ago? Seriously," Joel Bakan, co-director of the Canadian documentary "The New Corporation: The Unfortunately Necessary Sequel," said in an interview just before TIFF began.

"Oh, like a few days ago," said Dusty Mancinelli, co-director of the Canadian revenge thriller "Violation," speaking mere days before the fest kicked off last Thursday.

Finishing a film in time for its premiere is often a scramble in a normal year, but with COVID-19 shutting down many facets of life in March, movie makers faced an even tougher deadline.

Halle Berry's directorial debut "Bruised," for instance, is billed as a "work in progress" at TIFF, which runs through Saturday.

"COVID sort of slowed our process down a lot," Berry said in TIFF's "In Conversation With..." virtual chat on Friday, when a Netflix deal was also announced for the film.

"We're trying to figure out a way to finish it completely. With COVID happening, it's been a struggle."

Bakan said he and co-director Jennifer Abbott were breaking out champagne, celebrating the completion of "The New Corporation," when the pandemic struck. But the global crisis related to the doc's narrative about corporate power, and they had to add it in so the film wouldn't be outdated.

"Pat on the back and then boom — now we really have to deal with this, because it touches on every single theme and it's this huge case study that's been dropped in our laps," said Bakan.

The two re-interviewed some of the film's subjects via video conference about the global crisis. The production value wasn't the same as the rest of the film, but they had to go with it.

"We were literally outputting until four in the morning the day of the deadline for TIFF," said Bakan.

"Then we had all kinds of technical problems, so we had to get another day in the deadline in order to fix those, because it's such a huge film. Technically it takes up tons of computer space."

Mancinelli said the past month has been a whirlwind trying to finish "Violation," which he co-wrote and co-directed with Madeleine Sims-Fewer, who also stars in the feature.

The two had already filmed it when they got accepted into TIFF at a rough-cut stage, but they wanted to still shoot some minor bits and worked "non-stop" to do post-production.

"We were excited for 10 minutes — and then we looked at each other and we were like, 'Oh my God, we have so much still to do," Sims-Fewer said of being accepted to TIFF in July.

"It was a race against time," said Mancinelli.

The co-directors had to adhere to social distancing and other COVID-19 health and safety measures while in studio working on things like automated dialogue replacement and the score — all on a micro-budget.

"It elongated everything," said Sims-Fewer. "The music was very difficult, because we recorded a live score and musicians couldn't be in the same vicinity."

Michelle Latimer, who is at TIFF with the series "Trickster" and the documentary "Inconvenient Indian," said she had finished principal photography on the film and was working on a second-stage rough cut when the pandemic hit.

She and editor Katie Chipperfield switched to remote editing suites and used screen mirroring to be on the same page.

Aisling Chin-Yee and Chase Joynt, co-directors of the Canadian doc "No Ordinary Man," also worked via Zoom from their respective cities to do post-production.

"Of course, it wasn't as smooth as one likes, but we at least had all the footage in the can," said Chin-Yee, who also did the editing.

"On all the final finishings we were able to do social-distance mixes and colour corrections and stuff like that. But I think we were one of the films that was impacted the least."

As Abbott says, "a film is never done" and can always be tweaked after the festival.

The "Violation" co-directors said they'll probably do just that and work on the film again in October.

"Because we're perfectionists and we just want it to be better all the time," said Mancinelli.

— With files from Adina Bresge.